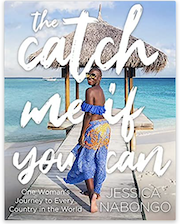 Note: Thanks, Don, in Mount Juliet, Tennessee, for catching our typo in question #6. British control of Hong Kong began in 1841 not 1941.

1. American independence was declared in 1776. THIS nation, in 1778, was the first to recognize the United States of America.

2. Russia claimed victory in Luhansk, one of the breakaway republics in the eastern Donbas region. The major battles in Ukraine will now shift to THIS other republic that Moscow recognized as independent at the onset of its invasion.

3. The Czech Prime Minister announced the country would provide fighter patrols over the airspace of THIS country, which separated in 1992 following the end of Communist rule. THIS country shares a border with Ukraine. [Map]

4. Russia has started the trial of THIS WNBA star Moscow. The U.S. State Department said she is wrongfully detained.

6. Chinese leader Xi Jinping marked Hong Kong’s end of colonial rule anniversary which saw the installation of John Lee as the territory’s new chief executive, the first leader to come from the security services and symbolic of the ongoing crackdown. Hong Kong was a territory controlled by THIS nation from 1841 to 1997, other than the WWII occupation by Japan.

7. Ukraine is preparing defenses along its northern border as THIS neighbor, the launching point for Russia’s unsuccessful February strike towards Kyiv, ratcheted up threats and border deployments. [Map]

8. Authorities in THIS nation have ordered the shutdown of Rappler, an investigative news site found by Nobel Laureate Maria Ressa. Rappler has been critical of the rule of President Rodrigo Duterte who is about to be succeeded by his ally Ferdinand “Bongbong” Marcos, Jr., son of the dictator deposed in 1988. [Map]

9. In May THIS virus saw an outbreak that the World Health Organization now says has “sustained transmission” worldwide and could start to spread to high-risk groups – pregnant women, immunocompromised people and children.

10. Pope Francis dismissed rumors that he is planning to resign as Pontiff this summer and that he has been diagnosed with cancer. The resignation of a Pope in modern times was unheard of prior to his predecessor, THIS Pope, stepping aside in 2013.