Partnership in Service to the Community

The Tennessee World Affairs Council and the Center for International Business, College of Business Administration at Belmont University in Nashville began a partnership to combine their resources for the benefit of the communities they serve. The Council is housed in an office in the Massey Business Center on campus and works closely with Belmont faculty and students in providing programs and resources at Belmont and beyond. 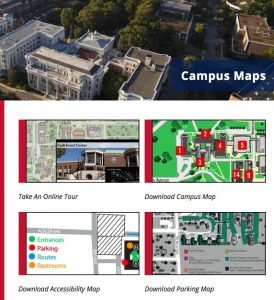 Belmont University sits on 75 historic acres two miles southwest of downtown Nashville, Tenn., a thriving metropolis known worldwide as Music City USA. In the mid-1800s, the land the university now occupies was known as the Belle Monte estate, the Victorian home of one of Tennessee’s wealthiest couples, Joseph and Adelicia Acklen. Their antebellum mansion remains today, flanked by university buildings separated in age by more than a century.

The first educational institution on the estate was the original Belmont College (1890-1913), offering elementary school through junior college education to young ladies. The school merged with Ward Seminary to become the prestigious Ward-Belmont School for Women (1913-1951), and in 1951, with the support of the Tennessee Baptist Convention, the school became the coed Belmont College. Since becoming Belmont University in 1991, Belmont has grown not only in size but in quality. The mansions, gardens and statues of Belmont’s historic past now sit side-by-side with state-of-the-art facilities equipped with the best technology and teachers to train today’s students with the right tools for real world success.

Belmont University is among the fastest growing Christian universities in the nation with 5,400 students hailing from every state and 29 countries. Since 2000, enrollment has risen from just under 3,000 to 5,424 students for the 2009-10 school year, marking an increase of 80 percent. As enrollment steadily increases, so does the quality and diversity of each new class. Incoming 2009-10 freshmen represented 45 states and eight foreign countries and scored an average of 26 on the ACT.

Intent on being a leader among teaching universities, Belmont brings together the best of liberal arts and professional education in a Christian community of learning and service. Belmont was ranked seventh on the U.S. News & World Report listing of “Best Universities” in the South in the master’s category for the 2010 edition of America’s Best Colleges, making Belmont the highest ranked university in Tennessee in this category. In addition, Belmont was named a most cited “School to Watch,” a high honor that indicates the strength of the university’s reputation and innovations.

Both Rolling Stone and Time magazines have hailed Belmont’s Mike Curb College of Entertainment & Music Business as one of the best music business programs in the country. The Jack C. Massey Graduate School of Business has been named the best MBA program in the region, while Belmont’s business administration and accounting programs have been accredited by AACSB International, the premier accrediting agency in that arena. Moreover, for the second year in a row, Belmont University’s undergraduate School of Business achieved a Top 100 national ranking in BusinessWeek’s annual report on the “The Best Undergrad B-Schools” in the U.S. In 2008, Belmont’s Entrepreneurship major was even named National Model Undergraduate Program of the Year by the United States Association of Small Business and Entrepreneurship.

Located in the heart of Music City USA (Nashville, Tenn.), one of Belmont’s consistent success stories is its world-renowned music and music business programs. Several big names in the music industry started their careers at Belmont including “American Idol” finalist Melinda Doolittle, Christian recording artists Ginny Owens and Steven Curtis Chapman, and country stars Trisha Yearwood, Lee Ann Womack, Brad Paisley and Josh Turner. The annual “Christmas at Belmont” concert showcases performing ensembles from many different genres and has been broadcast nationwide on PBS five years in a row. The University recently added a songwriting major to its offerings, one of only a few such programs in the country.

Students who have passions outside of the music industry also have a home at Belmont. From international business and accounting to education, sport administration, nursing, journalism and the humanities, Belmont provides avenues of learning for almost any interest. Recent program additions include interdisciplinary studies in Social Entrepreneurship and Asian Studies as well as a doctoral degree in Pharmacy, a program that is already gaining acclaim for its four-pillared approach to educating pharmacists for an ever-evolving health care environment. Belmont’s also received attention for its innovative, year-long programming around the university’s hosting of the 2008 Town Hall Presidential Debate. A variety of speaker series, visual and performing arts programs, and special events occurred on campus, all around the central theme “The Art of Being Free.”

Belmont faculty members display a consistent commitment to excellence as well. Multiple professors have been awarded Fulbright awards, including a nursing professor who’ll spend 2009-10 in Uganda as a guest lecturer while conducting research on how standards of nursing are adapted to austere conditions. Also, four Belmont professors from four different schools–Finance, Psychology, Spanish and Philosophy–have been chosen as Tennessee Professor of the Year by CASE/Carnegie Foundation since 2000.

Belmont’s boundaries extend beyond the Nashville campus through its Cool Springs campus and organized programs such as the Washington Center program and music business’ Belmont West in Los Angeles and Belmont East in New York City. Study-abroad programs place students in China, Costa Rica, Great Britain, France, Germany, Italy, Russia, South Africa and Spain, among other foreign nations. Also, Belmont serves as a regional site for the East-West Center for the Development of Asian Studies and is the host institution for the Cooperative Center for Study Abroad, a higher education consortium of 24 colleges and universities.

As Belmont’s academic program offerings grow, so too does the physical campus. Recent additions include the 2003 opening of a $52 million entertainment and student life complex which houses the Curb Event Center arena, the Beaman Student Life Center and the Maddox Grand Atrium. In 2005, Belmont opened the first university-based electronic financial trading center, which includes a digital stock ticker, data wall, TV monitors and workstations.

The Gordon E. Inman Center opened in 2006, providing a state-of-the-art $22.5 million facility that houses Belmont’s nursing, social work, occupational therapy and physical therapy programs and also serves as the temporary home of the School of Pharmacy. The School of Nursing was recognized by Laerdal Medical Corporation as a Center of Educational Excellence in part due to the advanced training the school’s multiple simulation models offer to its students. In fall 2010, the university will open a second Health Sciences building adjacent to the first. The $30 million structure will be a model, 21st century academic facility, providing a venue where students and faculty resources can intersect to help meet the needs of the community and the world. The 90,000-square-foot building will emphasize integrated, “hands-on” experiential learning components through medical simulation spaces and a licensed, state-of-the-art pharmacy.

Belmont’s intimate theater complex opened in 2007, featuring the 350-seat Bill and Carole Troutt proscenium theater, a Black Box theater and scene shop. The complex now plays host to numerous student productions as well as collaborative efforts with local professional ensembles, including the Nashville Children’s Theatre, Actors Bridge Ensemble, Nashville Shakespeare Festival and the Nashville Ballet. In 2008, the university opened Maple Hall, a residence facility to accommodate 190 freshmen students. Currently under construction next door to Maple is a new 103,000 square foot residence hall that will provide housing for an additional 400 freshmen in fall 2010, creating a unique living-learning community for first-year students in the heart of campus.

In addition to celebrating academic excellence and phenomenal growth, Belmont boasts 17 intercollegiate sports teams. The Belmont Bruins men’s basketball team won its third consecutive Atlantic Sun Conference Tournament Championship in 2008 and made its third appearance in the NCAA National Tournament, losing a heartbreaking game 71-70 to perennial powerhouse Duke. Both Belmont Bruins basketball coaches—men’s coach Rick Byrd and women’s coach Tony Cross—have been with their programs for more than 20 years and have earned more than 500 career victories.

Both Belmont cross country teams and the volleyball team earned 2006 Atlantic Sun Conference titles, and the cross country teams repeated with 2007 Atlantic Sun Conference titles. In 2007, the teams also won both Coach of the Year awards, both individual titles, two Runner of the Year awards and a Freshman of the Year trophy. Belmont student-athletes excel in the classroom, too, as the university is the only school in league history to win the Atlantic Sun All-Academic Trophy seven times, most recently in 2009. The award is given annually to the conference school with the greatest percentage of student-athletes who earned a GPA of 3.0 or higher.

A Christian Community of Learning and Service

In 2007, the university’s formal relationship with the Tennessee Baptist Convention ended. In recent years, Belmont broadened its mission and can now include on its Board of Trustees members of all Christian denominations. In addition, Belmont joined the Lilly Fellows Program’s National Network of Church-Related Colleges and Universities, a collective that also includes Baylor University, Boston College, Villanova and Notre Dame, among others.

Belmont is a student-focused, Christian community of learning and service where students hear from their first visit to campus until the day they graduate that they are created for a purpose in life. The Belmont faculty and staff dedicate themselves to preparing and empowering students to find their passion and use it to change the world. The university seeks to show every student how the love of Christ can compel them to lead lives of disciplined intelligence, compassion, courage and faith.

In fact, Belmont students, faculty and staff are consistently challenged to look at the hardest circumstances and ask, “What can we do?” Students are encouraged to engage and transform the world, locally and globally, by participation in disaster relief trips to everywhere from the tsunami-stricken areas of Southeast Asia to the Gulf Coast after Hurricane Katrina. Students serve locally at various relief and community organizations in Nashville throughout the year, and student-athletes take part annually in sports evangelism mission trips to South Africa, Ukraine and Brazil. Others have taken advantage of what they’re learning at Belmont, incorporating their major studies into various service projects around the world, including working with orphans in India and assisting with physical therapy needs in Guatemala.

With more than 75 areas of study, 20 master’s programs and three doctoral degrees, there is no limit to the ways Belmont University can expand an individual’s horizon.