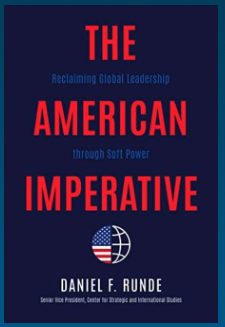 2. The Prime Minister of Sweden addressed THIS country’s demands – actions against Kurdish groups – after both sides reached agreed over the vote on NATO membership. He said additional conditions being asked could not be met. President Erdogan had accused Sweden of harboring Kurdish rebels.

3. The UK Foreign Minister is opening talks with the EU over unresolved post-Brexit issues especially the trade troubles arising from THIS part of the UK sharing a land-border with an EU country.

4. America and Germany will provide armored fighting vehicles to Ukraine for its war resisting the Russia invasion, for the first time after President Macron of THIS NATO country told President Zelenskyy they would send light tanks and APCs.

5. President Biden visited El Paso to see the US-Mexico border and talk to local officials about the immigration troubles. Critics blame THIS Trump-era public health rule for the increase in migrants seeking entry.

6. Ukrainian forces using U.S. provided Himar rockets killed scores, possibly hundreds of Russian troops in the city of Makiivka where they were being housed in a school. Russian military officials blamed those targeted for THIS activity which allowed Ukraine forces to fix their location.

A. Mass use of mobile phones for calls home
B. Formations in the open visible to Ukrainian drones
C. Conversations about their disposition with female Ukrainian agents in bars
D. Visits by high ranking Russian officers to the dormitories

Correct Response: A. Mass use of mobile phones for calls home
https://www.theguardian.com/world/2023/jan/02/ukraine-strike-russian-held-makiivka-reportedly-kills-troops

7. An EU crisis coordination meeting concluded member nations were “strongly encouraged” to demand Covid-19 tests for arrivals from THIS country that recently modified its “Zero Covid” policy. The move resulted in an unexpected jump in visits just as the country is subjected to a wave of new Covid infections.

8. Newly installed national security minister Itamar Ben Gvir, identified as a nationalist provocateur by the Washington Post, made a visit to a sensitive site in Jerusalem which contains the Muslim al-Aqsa mosque. The visit to the religious site called THIS by Jews led to an emergency session of the UN Security Council to discuss the potential for new violence.

9. China’s public health officials are bracing for increases in Covid-19 infections as about 200 million people travel across the country to return to homes during THIS 40-day holiday celebration.

10. The U.S. has placed new sanctions and measures against Iran’s defense industry in response to Tehran exporting THESE weapons.

A. Surface to air missiles to Hezbollah in Southern Lebanon
B. Drones to Russia for use to attack cities in Ukraine
C. Tanks to Syria to fight in the civil war against rebels
D. Surface to surface missiles to Houthi rebels in Yemen

Correct Response: B. Drones to Russia for use to attack cities in Ukraine
https://www.cnbc.com/2023/01/06/us-sanctions-iran-over-drones-used-in-russias-war-on-ukraine.html