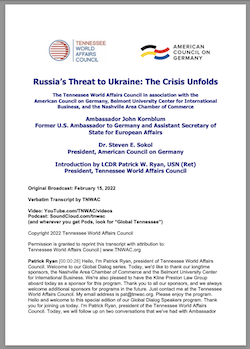 and Belmont University Center for International Business, and the Nashville Area Chamber of Commerce 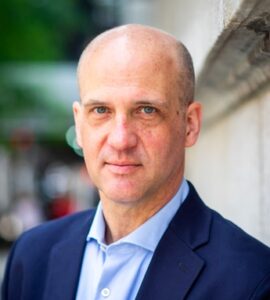 The conversation will be guided by the President of the American Council on Germany, Steven Sokol.

Send your questions for Ambassador Kornblum to Questions@TNWAC.org

You can view Ambassador Kornblum’s January 17th and February 1st TNWAC conversations about the Ukraine crisis on our YouTube channel. 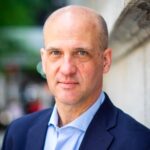 THANK YOU TO PROGRAM SPONSOR