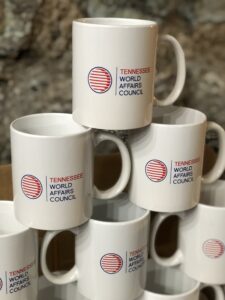 1. A drone strike in THIS city left ten innocent residents dead, including seven children, in what the head of U.S. Central Command, General Kenneth McKenzie called a “tragic mistake.” The attack was intended to stop an attack from the terror group IS-K days after their bombing at the Hamad Karzai International Airport killed over 190 including 13 American service members. (#WACquiz)

2. The United States signed a defense pact, called THIS, with the United Kingdom and Australia to boost joint capabilities in the Indo-Pacific region, in response to Chinese ambitions. (#WACquiz)

3. Vladimir Putin’s United Russia party was certain to win parliamentary elections over the weekend due to their election rigging and suppression tactics. Among other deceitful tactics an App championed by outlawed backers of THIS jailed opposition leader was pulled by Google and Apple after threats to the companies’ workers. (#WACquiz)

6. Emmanuel Macron, president of THIS European country, recently announced via Twitter that the country’s military forces had carried out an operation that killed the leader of the Islamic State in the Greater Sahara. (#WACquiz)

7. Iran, under new President Ebrahim Raisi, replaced its enjoy to the nuclear deal negotiations with the P5+1 group, representing the permanent five members of the UN Security Council (UNSC) plus Germany and the European Union. The UNSC includes these countries EXCEPT WHICH one? (WACA Weekly World News Update)

8. The defense agreement signed by Australia, the UK and the United States included development of THIS weapon system, resulting in cancellation of a project with France. The reaction from Paris, over the arms industry implications and the cold shoulder it received by the signatories, has been severe with France recalling its ambassador from Washington. (#WACquiz)

9. The 76th session of THIS international body has convened with Abdulla Shahid of the Maldives serving as its President. Secretary General Antonio Guterres said the organization’s unity in common cause was “the beating heart” of their work. (#WACquiz)

10. Abdelaziz Bouteflika, the longest serving President – 20 years — of THIS Mahgreb country died last week. As a teenager he joined the National Liberation Army to fight against colonial French occupation. He later championed “third-worldism” and the movement of non-aligned nations. (#WACquiz)