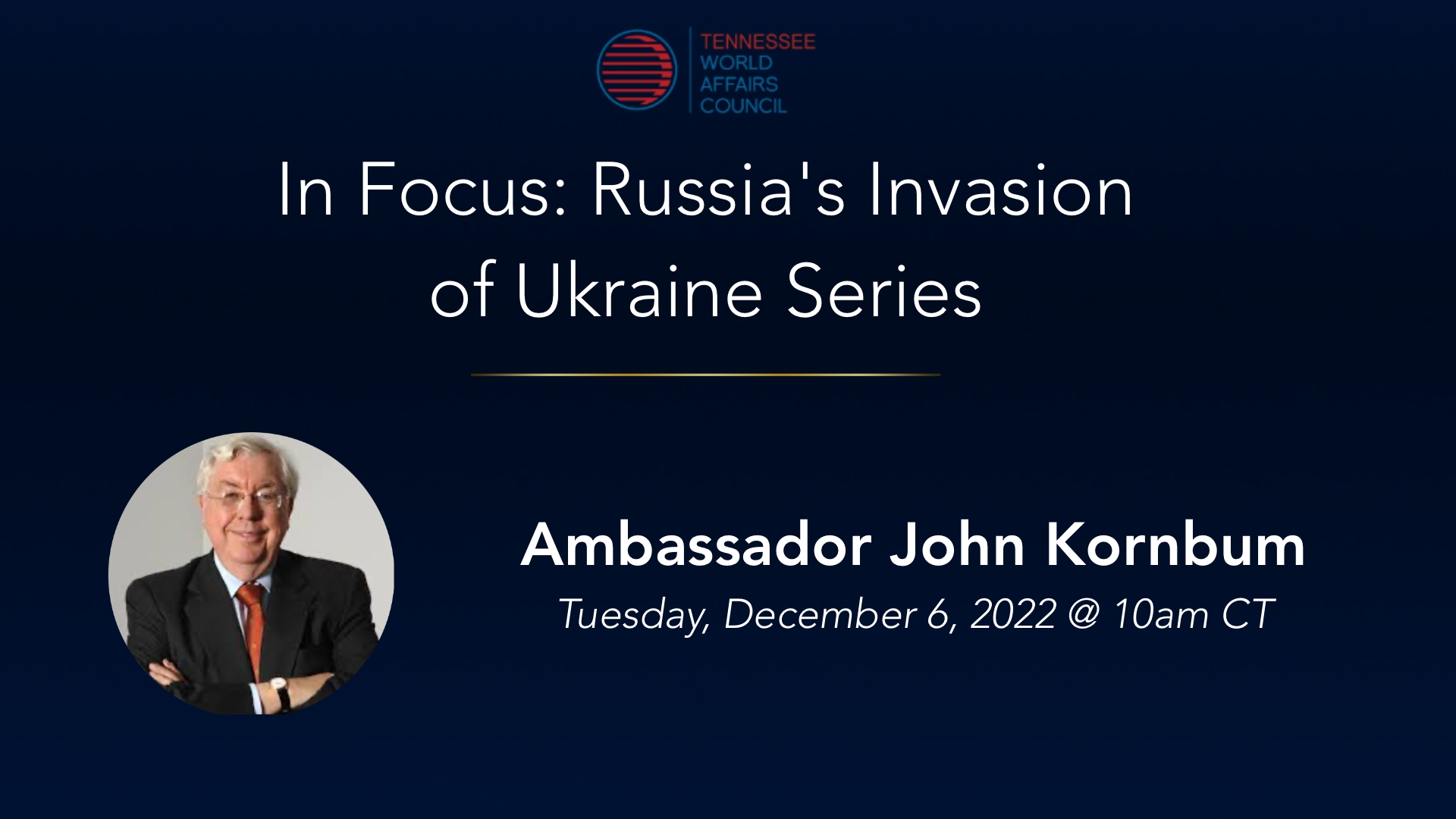 TNWAC was honored to be named World Affairs Council of the Year for 2022 in November among the network of 95 independent councils.

Help us continue the public service work of “global literacy” in our communities.

A Conversation with Ambassador John Kornblum

The Tennessee World Affairs Council in partnership with the American Council on Germany, launched the “In Focus: Russia’s Invasion of Ukraine” series in January with a conversation with Ambassador John Kornblum as storm clouds gathered. The series has followed the twists and turns of the unprovoked war over the last nine months.

Ukrainian forces have successfully turned to the offense in the east while Russia continues to brutalize the civilian population with missile and drone strikes aimed at crippling infrastructure and energy supplies, turning out lights and turning off heat “weaponizing winter.” Questions remain about the resilience of the West’s commitment to Ukraine — military, humanitarian and other financial aid — and the endgame — what will it take to end the war.

TNWAC’s and ACG’s “In Focus” series on the Russian invasion of Ukraine continues on December 6th with Ambassador John Kornblum, providing insights and perspectives on the political, diplomatic, military and strategic developments.

Previously in the In Focus series:

The continuation of this work depends on you.