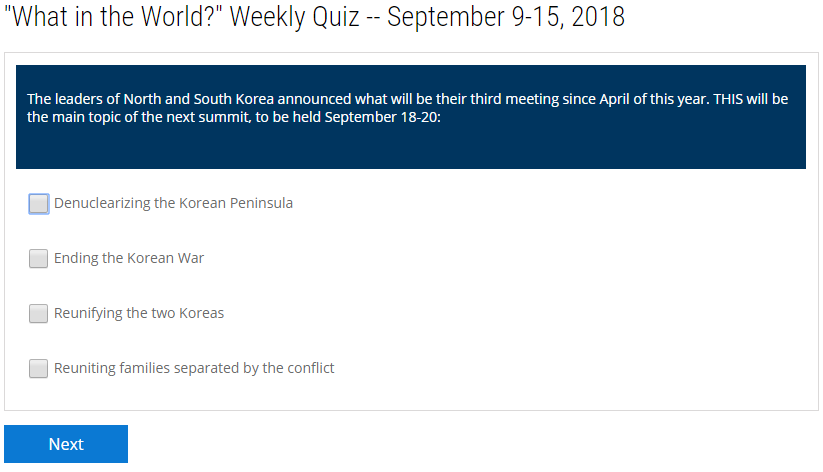 (If you’re a weekly winner you’ll be entered for the monthly prize drawing but you must be a TNWAC member to win.  TNWAC.org/join)

A bracing assessment of U.S. foreign policy and world disorder over the past two decades, anchored by a major new Pentagon-commissioned essay—from the renowned geopolitical analyst and bestselling author of The Revenge of Geographyand The Coming Anarchy.

“Elegant and humane . . . [a] prophecy from an observer with a depressingly accurate record of predictions.”—Bret Stephens, The New York Times Book Review

In the late thirteenth century, Marco Polo began a decades-long trek from Venice to China. The strength of that Silk Road—the trade route between Europe and Asia—was a foundation of Kublai Khan’s sprawling empire. Now, in the early twenty-first century, the Chinese regime has proposed a land-and-maritime Silk Road that duplicates exactly the route Marco Polo traveled.

In the major lead essay, recently released by the Pentagon’s Office of Net Assessment, Robert D. Kaplan lays out a blueprint of the world’s changing power politics that recalls the late thirteenth century. As Europe fractures from changes in culture and migration, Eurasia coheres into a single conflict system. China is constructing a land bridge to Europe. Iran and India are trying to link the oil fields of Central Asia to the Indian Ocean. America’s ability to influence the power balance in Eurasia is declining.

This is Kaplan’s first collection of essays since his classic The Coming Anarchywas published in 2000. Drawing on decades of firsthand experience as a foreign correspondent and military embed for The Atlantic,as well as encounters with preeminent realist thinkers, Kaplan outlines the timeless principles that should shape America’s role in a turbulent world: a respect for the limits of Western-style democracy; a delineation between American interests and American values; an awareness of the psychological toll of warfare; a projection of power via a strong navy; and more.

From Kaplan’s immediate thoughts on President Trump (“On Foreign Policy, Donald Trump Is No Realist,” 2016) to a frank examination of what will happen in the event of war with North Korea (“When North Korea Falls,” 2006), The Return of Marco Polo’s Worldis a vigorous and honest reckoning with the difficult choices the United States will face in the years ahead.

“These essays constitute a truly pathbreaking, brilliant synthesis and analysis of geographic, political, technological, and economic trends with far-reaching consequences. The Return of Marco Polo’s World is another work by Robert D. Kaplan that will be regarded as a classic.”—General David Petraeus (U.S. Army, Ret.)

1.  President Trump announced agreement on a new NAFTA trade deal with Mexico – he called it the US-Mexico Free Trade Agreement – but US-Canada talks remained at an impasse. All of these statements regarding NAFTA and relations with Canada are true EXCEPT:

A.  The first iteration of NAFTA was a 1988 Free Trade Agreement with Canada, six years before Mexico joined the accord.
B.  President Trump called Prime Minister Trudeau “very dishonest and weak” in advance of the Quebec G-7 meeting this year.
C.  President Trump is threatening large tariffs – 25 percent – on cars coming to the US from Canada.
D.  Canada is the number one global trading partner for the United States.

Correct Response: D.  Canada is the number one global trading partner for the United States.
https://www.nytimes.com/2018/08/28/world/canada/trump-nafta.html

2.  The Saudi Arabia-led coalition fighting rebels in Yemen on behalf of President Hadi in the third year of a civil war admitted an air attack last month that killed dozens including school children on a bus was unjustified. The coalition of Sunni Muslim states, supported by the United States, claim Iran is backing THIS militant group.

3.  The Pentagon is considering closing military outposts in Tunisia, Cameroon, Libya and Kenya as well as standing down seven of eight counterterrorism units operating in Africa. The move is said to reflect DoD’s increased focus on threats from China and Russia but the review grew from last year’s deadly attack that left four American soldiers dead after an ambush in THIS country.

4.  Last year China’s navy became the world’s largest after almost two decades of accelerated expansion. Building a large inventory of missiles capable of reaching US Navy carriers and escorts at long distances is a key component of Beijing’s strategy known as THIS:

5.  Syrian government forces, under Bashar Assad and with Russian and Iranian backing, are poised to strike the final stronghold of about 30,000 rebels in THIS place where 3,000,000 civilians live.  Attacking THIS area would be a “singular catastrophe in a catastrophic war,” according to a US based security analysis firm with similar warnings coming from Turkey and the UN whose special envoy called it “a perfect storm.”

6. This part of the United Kingdom would vote for independence if Britain’s exit (Brexit) from the European Union, set for next March, is carried out. According to a poll last week THIS constituent state voted against independence from the UK in 2014 but also cast votes to remain in the EU during the 2016 Brexit referendum.

7.   President Xi Jinping offered $60 billion in new aid to THESE countries while denying China was engaging in a “debt trap” at the opening of a major multinational summit in Beijing.  China has been criticized for over $125 billion in loans aimed at resource extraction, had poor environmental guidelines and used imported Chinese labor, not local people.

8.  Secretary of State Pompeo will visit Pakistan this week following cancellation of a $300 million disbursement to its military. The funds were a portion of an $800 million aid package that was suspended earlier this year over failure to act against Taliban militants in their territory.  The latest development comes as relations are at their rockiest and THIS Pakistani leader is facing severe economic troubles in his first month in office.

9.  Two reporters from THIS news outlet were sentenced to seven years in prison last week for violating the Official Secrets Act in Myanmar in connection with reporting on atrocities against the Rohingya minority population. The long-running case was seen as a bellwether on freedoms in the Southeast Asian nation.

10.  What country expressed “astonishment” at reports Iran had moved ballistic missiles onto its territory to intimidate regional rivals.  THIS country, while “astonished”, fell short of denying the reports.