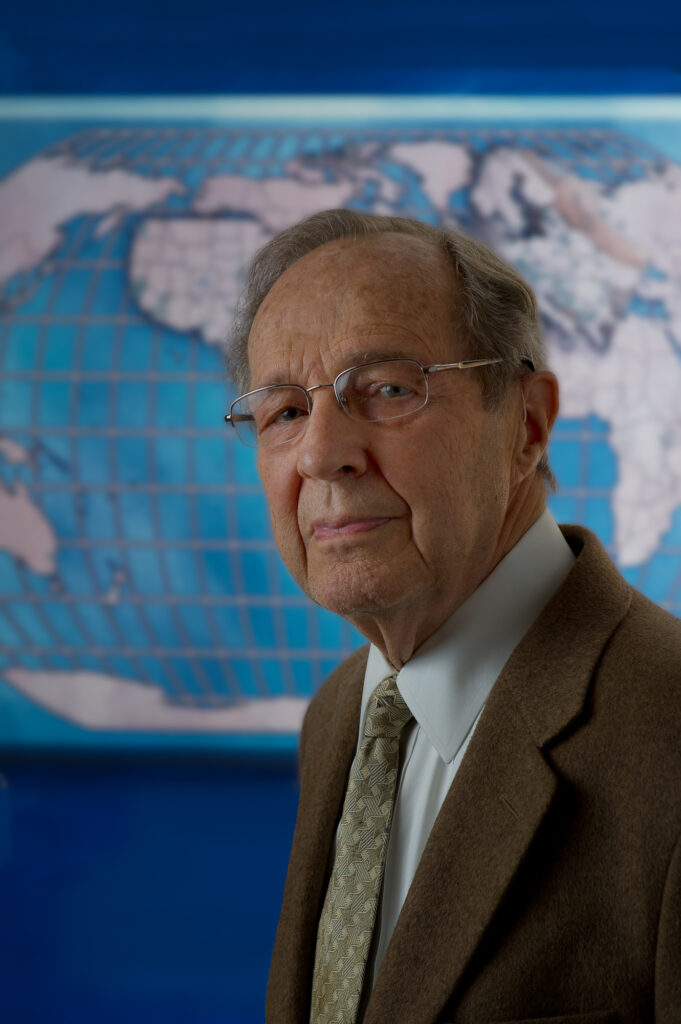 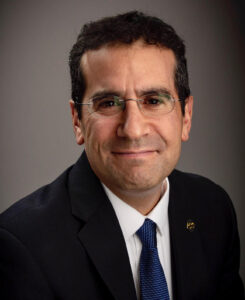 The Tennessee World Affairs Council hosted a Webinar with former Secretary of Defense William Perry and Tom Collina of the Ploughshares Fund about their new book, The Button, which recounts the terrifying history of nuclear launch authority, from the faulty 46-cent microchip that nearly caused World War III to President Trump’s tweet about his “much bigger & more powerful” button. Secretary Perry and Tom Collina will share their firsthand experience on the front lines of the nation’s nuclear history and address the concerns we should all have in 2020 about a president’s ability to launch a nuclear weapon.

The President has the power to end the world in minutes. Right now, no one can stop him. 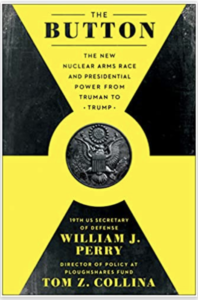 Since the Truman administration, America has been one “push of a button” away from nuclear war—a decision that rests solely in the hands of the President. Without waiting for approval from Congress or even the Secretary of Defense, the President can unleash America’s entire nuclear arsenal.

Almost every governmental process is subject to institutional checks and balances. Why is potential nuclear annihilation the exception to the rule? For decades, glitches and slip-ups have threatened to trigger nuclear winter: misinformation, false alarms, hacked warning systems, or even an unstable President. And a new nuclear arms race has begun, threatening us all. At the height of the Cold War, Russia and the United States each built up arsenals exceeding 30,000 nuclear weapons, armed and ready to destroy each other—despite the fact that just a few hundred are necessary to end life on earth.

From authors William J. Perry, Secretary of Defense in the Clinton administration and Undersecretary of Defense for Research and Engineering in the Carter administration, and Tom Z. Collina, the Director of Policy at Ploughshares Fund, a global security foundation in Washington, DC, The Button recounts the terrifying history of nuclear launch authority, from the faulty 46-cent microchip that nearly caused World War III to President Trump’s tweet about his “much bigger & more powerful” button. Perry and Collina share their firsthand experience on the front lines of the nation’s nuclear history and provide illuminating interviews with former President Bill Clinton, former Secretary of Defense Jim Mattis, Congressman Adam Smith, Nobel Peace Prize winner Beatrice Fihn, senior Obama administration officials, and many others.

Written in an accessible and authoritative voice, The Button reveals the shocking tales and sobering facts of nuclear executive authority throughout the atomic age, delivering a powerful condemnation against ever leaving explosive power this devastating under any one person’s thumb.

So, why do we give so much power to one fallible human? It started 75 years ago, when President Harry Truman was shown the devastation of Hiroshima and Nagasaki and determined not to use the atomic bomb again. To him, that meant keeping it out of military hands. So Truman declared that no more atomic bombs could be dropped unless he personally authorized it — and the bomb has not been used since. But in addition to laudable civilian control, Truman set the dangerous precedent of one-person control. Atomic bombs became “the president’s weapons” and sole authority was reinforced as both the United States and the Soviet Union deployed ballistic missiles that could span the globe in 30 minutes or less.

Today, the threat posed by nuclear weapons is just as great as it was nearly 40 years ago. But the sense of urgency has since waned. We need a wake-up call, and former defense secretary William J. Perry, together with leading nuclear policymaker Tom Collina, has given us just that. Their new book, “The Button: The New Nuclear Arms Race and Presidential Power from Truman to Trump,” is the alarm our nation needs — especially now. — “

William J. Perry served as the U.S. Undersecretary of Defense for Research and Engineering in the Carter administration and then as Secretary of Defense in the Clinton administration. He oversaw the development of the strategic nuclear systems that are currently in our arsenal. His new offset strategy ushered in the age of stealth, smart weapons, GPS, and technologies that changed the face of modern warfare. In 2007, Dr. Perry collaborated with George Shultz, Sam Nunn, and Henry Kissinger to publish several ground-breaking editorials in the Wall Street Journal that linked the vision of a world free from nuclear weapons with urgent but practical steps that could be taken to reduce nuclear dangers. Perry’s 2015 memoir, My Journey at the Nuclear Brink, is a personal account of his lifelong effort to reduce nuclear dangers. He founded the William J. Perry Project to educate the public on these dangers. In 2020 Perry co-authored THE BUTTON: The New Nuclear Arms Race and Presidential Power from Truman to Trump. He is the Michael and Barbara Berberian Professor (emeritus) at Stanford University. Perry is the father of five, grandfather of eight, and great-grandfather of four. He continues to travel the world in pursuit of his goal of reducing the threat from nuclear weapons.

Tom Z. Collina is Director of Policy at Ploughshares Fund. He is the co-author with William J. Perry of THE BUTTON: The New Nuclear Arms Race and Presidential Power from Truman to Trump, published in June 2020. Tom has thirty years of Washington, DC, experience in nuclear weapons, missile defense, and nonproliferation issues, and has held senior positions at the Arms Control Association, the Institute for Science and International Security, and the Union of Concerned Scientists. He has been directly involved with efforts to end U.S. nuclear testing, limit ineffective anti-missile programs, extend the Nonproliferation Treaty, and secure Senate ratification of the New START Treaty. He has published widely in major magazines and journals and has appeared frequently in the national media, including the New York Times, CNN, and NPR. He has testified before the Senate Foreign Relations Committee and regularly briefs congressional staff. Tom has a degree in International Relations from Cornell University and lives in Takoma Park, MD with his wife, three children and dog. When away from the office he does not think about nuclear war. 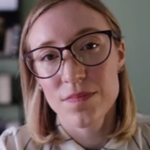 Lisa Perry is the Digital Communications Director for the William J. Perry Project. A graduate of George Washington University, she was inspired by the work of her grandfather, William Perry, to take on the charge to translate nuclear issues for her post-Cold War generation. Building on her 5 years working with Dr. Perry on educating the public on these issues, this summer she has released her own project, At the Brink, a podcast exploring the untold stories of nuclear dangers. Highlighting the personal accounts of Bill Perry’s long career working on the nuclear threat, the podcast also features a wide range of voices, from Congressman, Physicists, former Missileers, A-bomb survivors, and including a former President.

LCDR Patrick Ryan, USN (Ret) is a native of New York City. He enlisted in the Navy at age 17 and volunteered for submarine duty. He served aboard nuclear fast attack and ballistic missile boats during the Cold War, rising to the rank of Chief Petty Officer. In 1982 he was commissioned and served aboard a cruiser in the Western Pacific before becoming a Navy Intelligence Officer. Ryan served aboard the carrier Constellation in the Pacific, the Joint Staff Intelligence Directorate in the Pentagon, the Center for Naval Analysis, and the Intelligence Directorate of U.S. Central Command. Ryan retired from the Navy in 1998 and worked as a consultant on Intelligence Community projects and as the VP/COO of the National Council on U.S.-Arab Relations. Ryan ran a newsletter publishing business on international affairs from 1999-2016. He founded the Tennessee World Affairs Council in 2007.