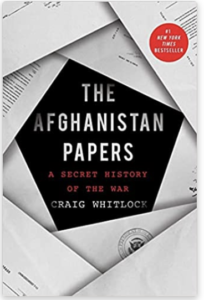 1. Host country leader Boris Johnson said the COP26 UN Climate Summit agreement was the “death knell” for coal, but it was criticized for wording that called for THIS distinction demanded by China and India.

A. “Phase down”
B. “Country by country determinations”
C. “Energy sovereignty”
D. “Phase out”

2. The COP26 UN Climate Summit was said to be just, “Blah, blah, blah,” by THIS 18 year-old Swedish climate activist. She warned of coming “media spin” to characterize the summit outcome as “a step in the right direction.”

4. U.S. officials warned European allies that Russia may be planning an invasion of THIS country. Moscow has massed over 100,000 troops near the border.

5. Australia’s Defense Minister said it was “inconceivable” that his country, a partner in the AUKUS defense pact, would not stand by the United States in defense of THIS.

A. Freedom of navigation in the South China Sea.
B. An invasion of Taiwan to reunify by force.
C. Attacks on American reconnaissance flights in international airspace.
D. An invasion of the disputed Senkaku Island.

Correct Response: B. An invasion of Taiwan to reunify by force.
Economist Espresso (no link)

6. Yielding to “Run Sara Run” posters, this Filipino politician, daughter of THIS incumbent President will seek the Vice Presidency on the ticket of presidential candidate Ferdinand Marcos, Jr., known as Bongbong, son of the former dictator.

7. The EU is reviewing stronger sanctions against THIS nation and top officials over its use of migrants – many trapped in a standoff along the Polish border – in what the EU calls a “hybrid attack” against the West.

8. U.S. Secretary of State Blinken is starting his first trip to Africa with a stop in Nairobi where he is expected to talk with Kenyan President Uhuru Kenyatta about potential sanctions on THIS government and warring rebels in the Tigray Province.

9. The U.S. Navy coordinated unprecedented multilateral exercises in the Red Sea among Israel, the United Arab Emirates and THIS Gulf nation, which alongside the UAE signed the “Abraham Accord,” with Israel last year. The military integration is worrisome for mutual foe Iran.

10. Libya’s military prosecutor is seeking to halt the presidential candidacy of Saif al-Islam, son of THIS former dictator deposed and killed in 2011 amid the “Arab Spring” revolts.