Hey! Are you on the list of last week winners? If you become a member of TNWAC you could be the end of the month prize winner.
THERE WERE ONLY TWO QUIZ WINNERS FROM THE MONTH OF MAY WHO WERE ELIGIBLE (TNWAC DUES-PAYING MEMBERS) FOR THE END OF MONTH PRIZE. BECOME A MEMBER AND HAVE PRETTY GOOD ODDS OF WINNING. 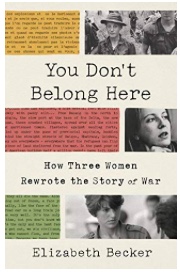 1. More than 250 Ukrainian fighters surrendered to Russian forces after an 82-day siege at the Azovstol Iron and Steel Works in THIS strategic city.

2. President Joe Biden, on a visit to Japan, said that Beijing was “flirting with danger” over military provocations against THIS island and he said the U.S. would support it if attacked by China.

3. Leader Kim Jung Un of THIS country was seen mask less at the funeral of a military official as his country battles its first acknowledged Covid outbreak that has infected as many as 2.5 million people. Nevertheless, Pyongyang has not yet accepted medical assistance offered from the United States.

4. Anthony Albanese and the Labor Party defeated Scott Morrison’s conservative Liberal Party and the new PM was sworn in just time to represent THIS country at a meeting of the “Quad” alliance with the U.S., Japan and India.

5. The UK Foreign Minister announced legislation will be introduced to change the Northern Ireland protocol, a Brexit-related agreement regarding UK-EU trade. Meanwhile, the Northern Ireland Unionist leader said the protocol would destroy THIS agreement negotiated by former U.S. Senator George Mitchell, which brought peace to the region after decades of sectarian violence.

6. Sweden and Finland have applied to join NATO. Accession requires all current members’ approval. THIS country is balking at the application over unfounded charges Sweden supports PKK terrorists.

7. World Health Organization chief Tedros Adhanom Ghebreyesus added THIS newly identified virus outbreak to the list of extreme health challenges such as Covid and Ebola. While the risk to general populations are extremely low, the quickly spreading disease has led countries like Belguim to mandate three week quarantines for those infected.

8. A Federal judge in Louisiana ruled that the Biden Administration could not end THIS Trump era Covid emergency rules that allowed for rapid expulsion of migrants and asylum seekers.

9. Ukrainian President Zelenskyy will be the first global leader to speak at the World Economic Forum, a meeting of international financial elite, at THIS Swiss resort, the first meeting since 2020. This year the Russian delegation was not invited.

10. The U.S. State Department has launched a “Conflict Observatory,” to collect and analyze open-source and satellite information to document THIS.