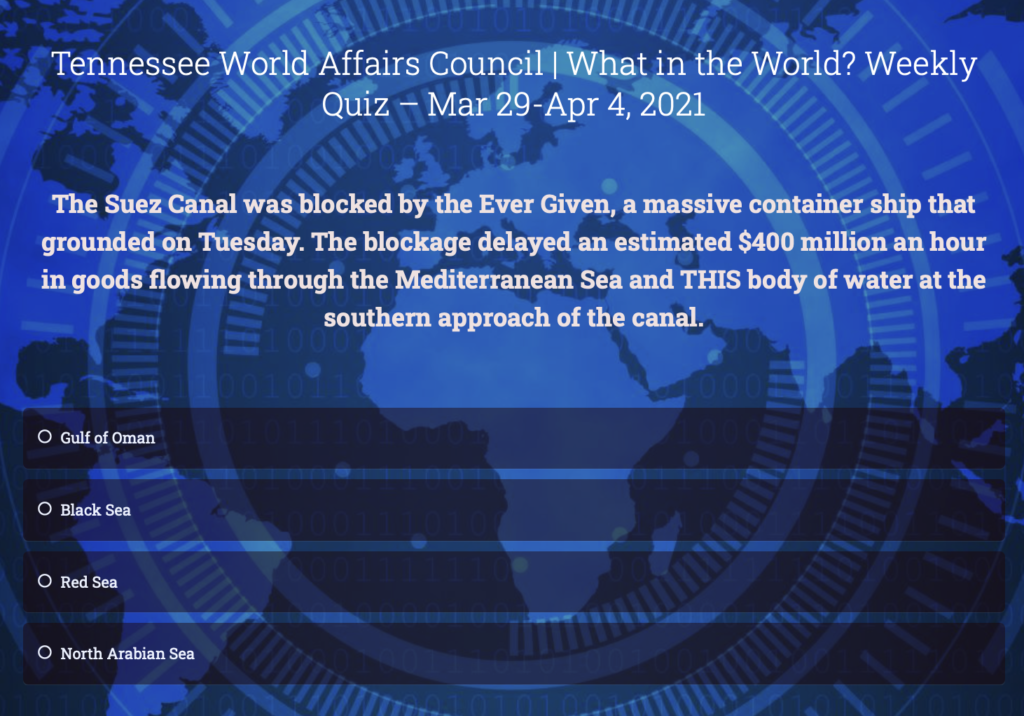 Twilight of Democracy: The Seductive Lure of Authoritarianism 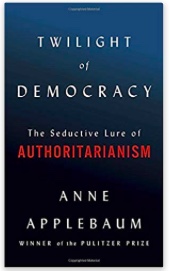 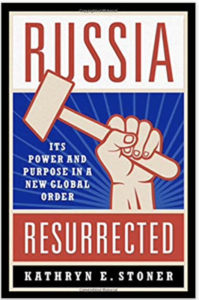 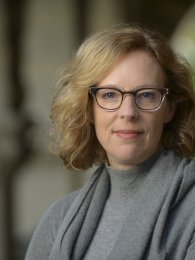 1. The United States Secretary of State and National Security Advisor were in a testy meeting with top foreign policy official, Yang Jiechi, and foreign minister Wang Yi of China in Alaska last week, the most senior official contacts between the fractious superpowers. THIS person is the U.S. Secretary of State.

2. The United States Secretary of Defense visited Afghanistan following visits with the Secretary of State to Japan and South Korea last week. THIS “SecDef” didn’t comment on the Trump-Taliban agreement date of May 1 for U.S. forces’ departure, but he did say, “What we want to see is a responsible end to this conflict.”

3. THIS association agreed to sanction several Chinese officials over human rights abuse against the Uighurs, a Muslim minority whose repression in China has been called “genocide” by the United States.

4. The United Kingdom and the European Union exchanged charges over holding Covid-19 vaccines from one another as well as countries like Italy stalling export of vaccines to fellow EU nations. The phenomenon is called THIS.

5. Women marched across THIS country demanding “safety from endemic violence, accessible health care … and the basic economic justice of safe working environments and equal opportunities for women.” The annual rallies which started in Karachi faced threats and backlash from religious extremists. [USIP Question]

6. Protestors chanting anti-government slogans stormed the presidential palace in the port city of Aden while Prime Minister Maeen Abdulmalik Saeed and officials from the internationally recognized government of THIS nation were in the building.

7. The Prime Minister of Sudan asked the United Nations, the African Union, the European Union, and the United States to help in their dispute with THIS country over a controversial dam opened on the Nile River.

8. Twelve provinces in THIS country were covered by the country’s worst sandstorm in decades causing cancellation of hundreds of flights at “PEK” airport.

9. President Biden bluntly said THIS of Russian President and ex-KGB officer Vladimir Putin touching off a rhetorical battle between the leaders.

A. He is a “killer.”
B. He will be subject to personal sanctions.
C. He was not legitimately elected.
D. He is responsible for division in America.

Correct Response: A. He is a “killer.”
https://www.nytimes.com/2021/03/18/world/europe/russia-biden-putin-killer.html?smid=tw-nytimesworld&smtyp=cur