WELL DONE!
Happy New Year all.
.
Thanks for your feedback. Patricia from Nashville, yes, we also think the quiz is a great motivator — to be more aware of global affairs; Peter from Peoria loves learning what he missed, trying to stay on top of things; Christine from Wisconsin, thanks for noting the “great questions”; Donna in Ponte Vedra Bech, FL, it was a “thoughtful quiz”; Tim in Illinois shared, “Oh Yah,” but not sure what that means; Peter in Australia, welcome to the quiz community; Yezzie in Nashville still “loves these”; and Sarah in Nashville shared: “This was a challenging test, appreciated and thanks to the creators (you’re welcome). I am inspired by your organization’s mission.” Thanks Sarah, and thanks for your Christmas gift membership to your Dad!
.
*Winners noted from among responses thru Jan 1.
.
.
Hey! Dozens of quiz takers are on our weekly winners list. You will be eligible for our end of month quiz prize if you become a TNWAC member. Join today to be in the running for the monthly quiz prize. 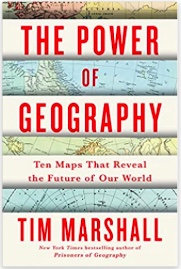 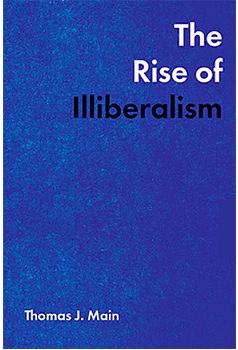 The Rise of Illiberalism

Illiberalism, Thomas Main writes, is the basic repudiation of liberal democracy, the very foundation on which the United States rests. It
says no to electoral democracy, human rights, the rule of law, toleration. It is a political ideology that finds expression in such older right-wing extremist groups as the Ku Klux Klan and white supremacists and more recently among the Alt-Right and the Dark Enlightenment. There are also left-of-center illiberal movements, including various forms of communism, anarchism, and some antifascist movements.

The Rise of Illiberalism explores the philosophical underpinnings of this toxic political ideology and documents how it has infiltrated the mainstream of political discourse in the United States. By the early
twenty-first century, Main writes, liberal democracy’s failure to deal adequately with social problems created a space illiberal movements could exploit to promote their particular brands of identity politics as an alternative.

A critical need thus is for what the author calls “positive identity politics,” or a widely shared sense of community that gives a feeling
of equal importance to all sectors of society. Achieving this goal will, however, be an enormous challenge.

In seeking actionable remedies for the broken political system of the United States, this book makes a major scholarly contribution to
current debates about the future of liberal democracy.

1. Russian President Putin ratcheted up tensions over an invasion of Ukraine by saying he was ready to take “military” measures, a possible use of force. Russians and Americans will meet in January to discuss the crisis but Putin is demanding THIS guarantee which President Biden says is not negotiable. (#WACquiz)

A. Resume negotiations over the ABM treaty that Washington left in 2002.
B. Agree to end U.S. Navy patrols in the Black Sea.
C. Agree to end expansion of NATO to the East.
D. Agree to recognize Russia’s annexation of Crimea in 2014.

Correct Response: C. Agree to end expansion of NATO to the East.
https://www.nytimes.com/2021/12/23/world/europe/russia-putin-ukraine.html

2. The James Webb Space Telescope observatory lifted off on Christmas morning on a voyage of cosmological discovery in deep space to unveil mysteries of space and the origins of the universe. Webb was launched from THIS spaceport location. (#WACquiz)

3. The November 29th travel restrictions imposed against eight countries from THIS region as a result of the Covid Omicron variant emergence are to be lifted by New Year’s Day according to the White House. (#WACquiz)

4. A German warship, on the first deployment to the Indo-Pacific in 20 years, is set to patrol waters in THIS region claimed mostly by China, marking European concerns about Beijing’s military buildup and territorial expansion. The German Navy chief, aboard the frigate Bayern in Singapore, said the Chinese military growth was “explosive” and cause for concern. (#WACquiz)

5. Another American firm is facing pushback from China after citing Xinjiang Province, home to Muslim Uyghur people, as a source for products or labor to be avoided. Washington has accused China of genocide against the Uyghurs. THIS tech giant issued a statement saying, “We apologize for the trouble caused to our respected Chinese customers, partners and the public.” (#WACquiz)

6. Moon Jae-in, President of THIS nation pardoned his predecessor, Park Guen-hye, who was in prison for corruption, despite his promise not to pardon such cases. Moon, up for reelection in March, may have heard conservatives’ calls for Park’s release. (#WACquiz)

7. In a political about face THIS right-wing President of Brazil jumped to the Liberal party, his ninth party in his political career. He is polling 20 points behind former President Luiz Inácio Lula da Silva, and needs new support for his 2022 reelection prospects. (#WACquiz)

8. U.S. National Security Advisor Jake Sullivan met with THIS Prime Minister Israel to discuss the Iran nuclear deal and negotiations that were to resume December 27th. The PM said the negotiations had “profound ramifications” for Israeli security. (#WACquiz)

9. Monuments commemorating THIS event at Tiananmen was taken down at the University of Hong Kong and two other universities, demonstrating Beijing’s increased heavy hand in the autonomous region. (#WACquiz)

A. 1989 massacre of thousands of pro-democracy protestors in Beijing
B. 1951 annexation of Tibet
C. 1945 takeover of Taiwan by the Republic of China
D. 1997 takeover of Hong Kong from Britain

Correct Response: A. 1989 massacre of thousands of pro-democracy protestors in Beijing
https://www.bbc.com/news/world-asia-china-59764029

10. Over one million doses of Covid-19 vaccine were destroyed in Abuja, capital of THIS country. The move was a result of vaccines from richer countries that had expiration dates looming and government interest in showing ineffective vaccines were being taken out of circulation. (#WACquiz)