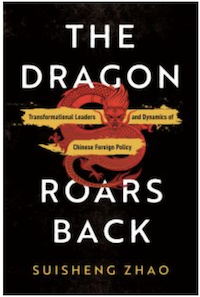 1. Talking about talking. President Biden suggested he would meet President Putin under certain circumstances to talk about ending the conflict in Ukraine. Moscow’s response was to demand THIS.

A. Rejection of Ukraine’s application to join NATO
B. Recognition of the Ukraine regions Russia annexed by America and the West.
C. Rejection of accession of Sweden and Finland to NATO
D. Resumption of oil and gas purchases by Western European countries

Correct Response: B. Recognition of the Ukraine regions Russia annexed by America and the West.
https://www.nytimes.com/2022/12/02/us/politics/biden-putin-ukraine-talks.html

2. The first Biden Administration State Dinner was held to honor THIS visiting leader and to recognize America’s earliest strategic ally.

3. Iran announced construction of its second nuclear power plant as negotiations to restore provisions of THIS nuclear agreement with the P5+1 group continued to stall. The 2015 pact to put Iran’s nuclear enrichment activities in a box in exchange for economic sanctions relief was shelved by President Trump in 2018.

Correct Response: A. Protests spread across the country to at least 20 cities
https://www.reuters.com/world/china/scattered-easing-covid-curbs-across-china-after-week-unrest-2022-12-02

5. Iranian officials sent mixed signals about the disbanding or limitation on power of THIS government function as Tehran continues a harsh crackdown of continuing nationwide protests. Hundreds have been killed and imprisoned.

6. In an effort to limit Russian economic benefits and punish Moscow over the unprovoked invasion of Ukraine, the G-7, EU and Australia agreed to THIS.

Correct Response: A. Cap oil sales as $60 a barrel
https://www.washingtonpost.com/world/2022/12/01/iran-kidnapping-assassination-plots/

7. Britain’s opposition party, the Labour Party, announced a plan for “the biggest ever transfer of power” away from the central government including abolishing THIS institution.

A. MI-6
B. House of Commons
C. The Exchequer
D. House of Lords

8. Turkey has launched strikes against Kurdish militia forces in THIS country complicated the United States partnership with those forces in the battle against ISIS.

9. The African National Congress party’s Executive Committee is meeting to discuss its response to charges of corruption against President and party leader Cyril Ramphosa in THIS country.

10. The United States team at the World Cup in Qatar was eliminated from the tournament in the round of 16 by THIS team.