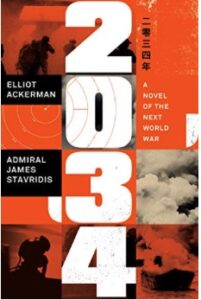 1. Amid violent clashes at Kabul airport, President Biden is considering extending THIS deadline for withdrawal of U.S. troops in Afghanistan but a Taliban spokesman said, “They should finish the evacuation.. .. as they have promised.” (#WACquiz)

2. “The threat is real. It is acute. It is persistent. And it is something that we are focused on with every tool in our arsenal,” Jake Sullivan, the national security adviser, said regarding THIS group in Afghanistan. (#WACquiz)

3. Algiers is reviewing its relations with THIS western border neighbor, labeling it a “hostile” actor, accused of “backing” a separatist group in a northern Algeria region. (#WACquiz)

4. A 7.2-magnitude earthquake rocked THIS Caribbean island nation and resulted in the deaths of more than 2,200 people, 12,000 injured, and hundreds more still missing. The country is located atop the Caribbean Plate, which makes it vulnerable to devastating earthquakes like one in 2010, whose epicenter near the capital Port-au-Prince resulted in over 120,000 fatalities. (WACA WWNU)

5. American military evacuations of citizens and eligible Afghans out of Kabul will be bolstered by THIS Pentagon action. (#WACquiz)

A. Activation of the Civil Reserve Air Fleet giving it power to order 18 jetliners from six carriers into service to ferry evacuees removed from Kabul by military aircraft.
B. Declaration of NATO Article 5 provisions under the Washington Treaty to bring Allied partners into the airlift fleet.
C. Contracting short-haul American carriers to ferry evacuees from Kabul to nearby Central Asian capitals for transfer to long-haul carriers to Europe and North America.
D. Organizing a rail corridor from Kabul to Dushanbe, Tajikistan to transfer people by train.

Correct Response: A. Activation of the Civil Reserve Air Fleet giving it power to order 18 jetliners from six carriers into service to ferry evacuees removed from Kabul by military aircraft.
https://www.cnbc.com/2021/08/22/biden-administration-activates-civil-reserve-air-fleet.html

7. Japan increased its territory when THIS occurred. (#WACquiz)

A. Agreement with Moscow to repatriate the southernmost Kuril Island, Etorofu, seized by the Soviet Union at the end of World War II.
B. The right to sovereignty over the Senkaku Island chain, claimed by China, was decided by an International Tribunal at the Hague in favor of Japan.
C. A submarine volcano eruption has produced a new island near Iwo Jima.
D. Signing a dual citizenship treaty with South Korea governing two disputed islands in the Tsushima Strait.

8. A snap election in Canada has been called by THIS Prime Minister who seeks to gain a majority in the House of Commons for his Liberal Party, and a mandate for actions to combat the pandemic and aid an economic recovery. (#WACquiz)

9. In WHICH Southeast Asian country did Muhyiddin Yassin recently resign from his position as prime minister? The country’s King Sultan Abdullah Sultan Ahmad Shah is expected to be selecting Yassin’s replacement from among the nation’s parliament members, including some from Yassin’s own Perikatan Nasional (PN). (WACA WWNU)

10. THIS Asian country formally passed a three-child policy into law to increase birth rates. The new policy comes after the country’s decades-long, infamous one-child policy was replaced with a two-child limit in 2016 which was unsuccessful in lifting birth rates. (#WACquiz)