Ngan Tran, David Phan, Aevero Sanchez, and Abhi Kapagant placed 8th out of 42 teams from around the United States in the competition which tests knowledge of ten topics across a range of global affairs. Tara Finco, a GSMST teacher who coaches the team led the group in preparing for the TNWAC championship and on the trip to Washington, DC.

The GSMST team took the Tennessee title in a March 27th match at Belmont University in Nashville. 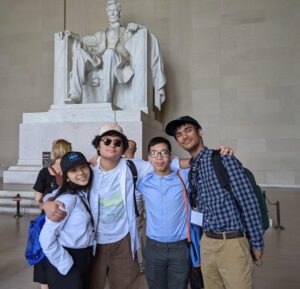 This year’s victory was the third TNWAC championship for GSMST which is located in Lawrenceville, Georgia. “Tennessee’s Council is the closest WAC that holds the Academic WorldQuest competition for GSMST,” said Council President Patrick Ryan. He added, “If students are interested in learning more about world affairs we don’t worry about their Zip Codes; anyone can play.”

The Tennessee WorldQuest program is named in honor of Anne Smedinghoff, a U.S. Foreign Service Officer who was killed in the line of duty in Afghanistan. The competition is designed to encourage students to learn more about U.S. foreign policy, international challenges and America’s place in the world as they prepare for practice rounds during the year and a Tennessee championship match in March each year. TNWAC’s WorldQuest is part of a comprehensive program including weekly quizzes, practice matches and an end of school year Global Scholar Certificate.

The GSMST students 8th place finish out of 42 teams was testimony to their knowledge and preparation as the competitors are the best of their World Affairs Council. Here’s the top ten finishers: 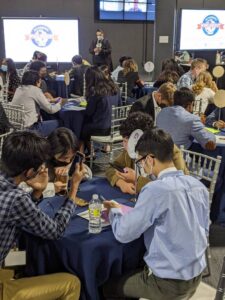 Students, teachers and parents who are interested in the 2022-2023 season of Academic WorldQuest can contact the Tennessee World Affairs Council. [pat@tnwac.org]