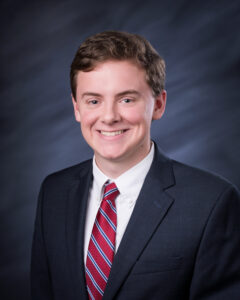 This week we’re pleased to welcome Austin Travis as a guest panelist on the Global News Review. Austin will provide background, context, and analysis of the unfolding drama of a coup in Myanmar.

Austin Travis is a senior at Lipscomb University studying political science and international affairs. He is currently interning with the Tennessee World Affairs Council. Travis is a member of Lipscomb’s Model U.N. team and has led Lipscomb’s delegation to the Tennessee Intercollegiate State Legislature for three years. Additionally,  he volunteers with the YMCA Center for Civic Engagement’s Model U.N. conferences for Tennessee high schoolers. Travis is from Dickson, Tennessee, and graduated from Dickson County High School. Since then, he has worked on various campaigns, most recently managing the successful re-election to the Tennessee House of Representatives for Rep. Mary Littleton.