Nashville is home to the largest Kurdish community in the United States. Join us for this conversation examining the fabric of our neighbors in this community. 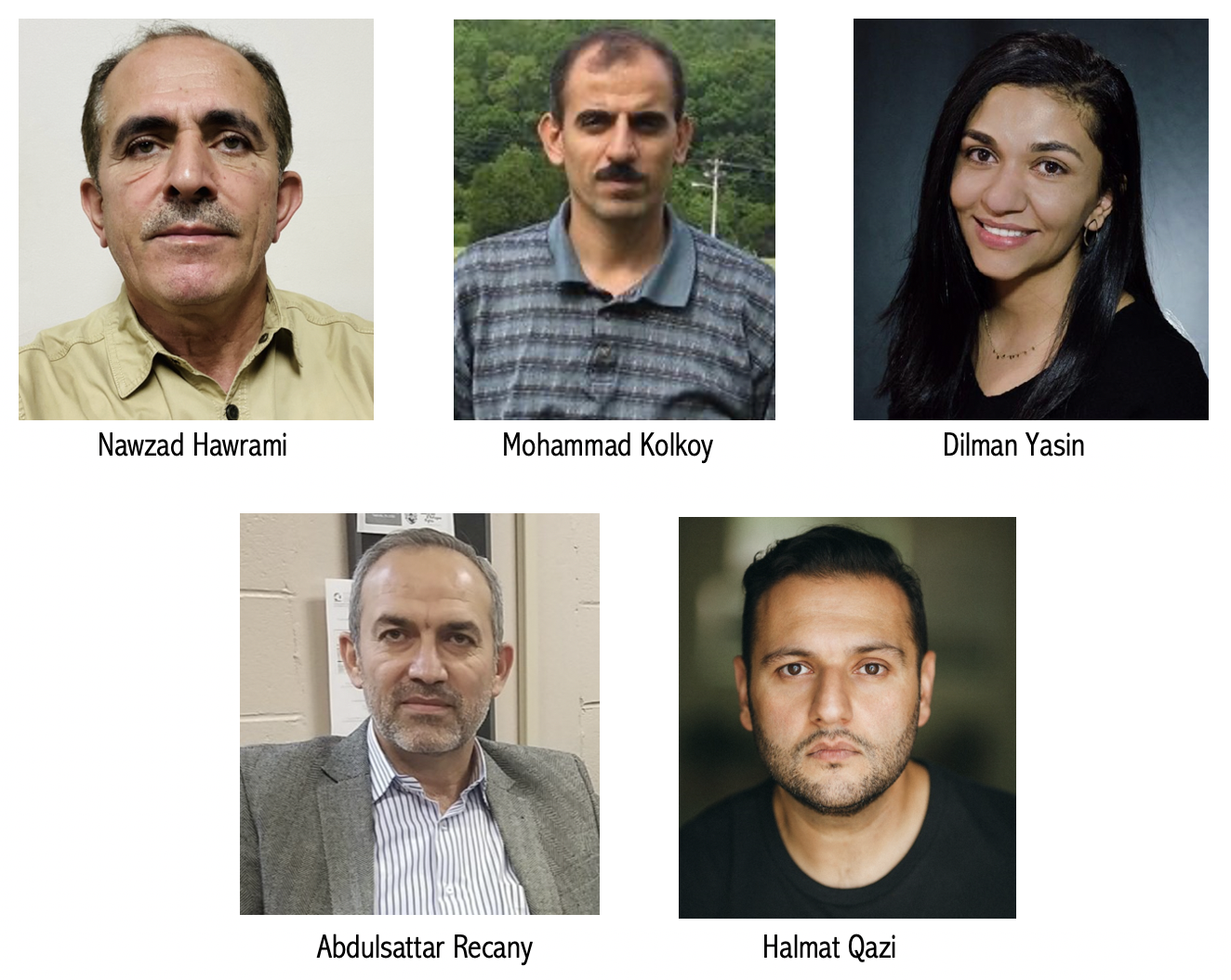 Nawzad Hawrami is Vice President and a founding Board Member of the Salahadeen Center in Nashville. He serves as the Center’s office manager. Hawrami emigrated from Iraqi Kurdistan to Tennessee in March 1998. Among his civic activities are: member of Nashville Mayor’s New American Advisory Council since 2014; Member of the Board of Nashville International Center for Empowerment (NICE); member of the Mayor’s Policing Policy Commission (PPC) and member of the Tennessee World Affairs Council. Hawrami previously served on the New Americans Parent Association and the Mayor’s Transit and Affordability Task Force. He holds a Bachelor’s Degree in Mechanical Engineering. Hawrami is married with four children and he enjoys travel and volunteering.

Mohammad Kolkoy is head of the Executive Board of the Salahadeen Center of Nashville. He is a frequent speaker at the center during Friday religious services and for other major events. He was educated in engineering and healthcare related computer technology.

Dilman Yasin is the Director of Community Outreach for the Kurdish Professionals, based in Nashville, TN. She works to amplify the voices of her community while working as a Performance Manager in the Nashville Mayor’s office. She is a graduate of Tennessee State University and received her Master’s of Science from Lipscomb University while being a mother of two. That is why she works to relay the importance of education and help people, and especially the youth, reach their full potential.

Abdulsattar Recany was born and raised in Iraq in the northern city of Mosul. He moved to Duhok in Kurdistan Region of Iraq in 2005. He has a bachelor’s degree in Translation from University of Mosul. He worked for a few non-governmental organizations, including Research Triangle Institute, Medical Committee Aid, and Kurdistan Human Rights Organization. Recany also taught English to middle school students in Duhok, Kurdistan Region. He moved to the United States of America in December 2010. He has been working for Metro Nashville Public Schools as a translation specialist since December 2012. In his free time he likes to go on walks, spend time with his wife and four kids, and be with his friends.

Halmat Qazi is the Creator & Founder of Peshmerga LLC located in Nashville, Tennessee, where he operates the small business clothing brand. He graduated from Tennessee State University, with a Bachelor’s degree in Speech Communication & Theatre and also holds a Master’s degree in Administration & Supervision. After graduation he worked as a Legislative Performance Auditor for the State of Tennessee for nearly seven years before leaving to start his own business. The clothing brands primary focus is to the past, present and future of the Peshmerga through art & design. For further information please visit peshmerga.com