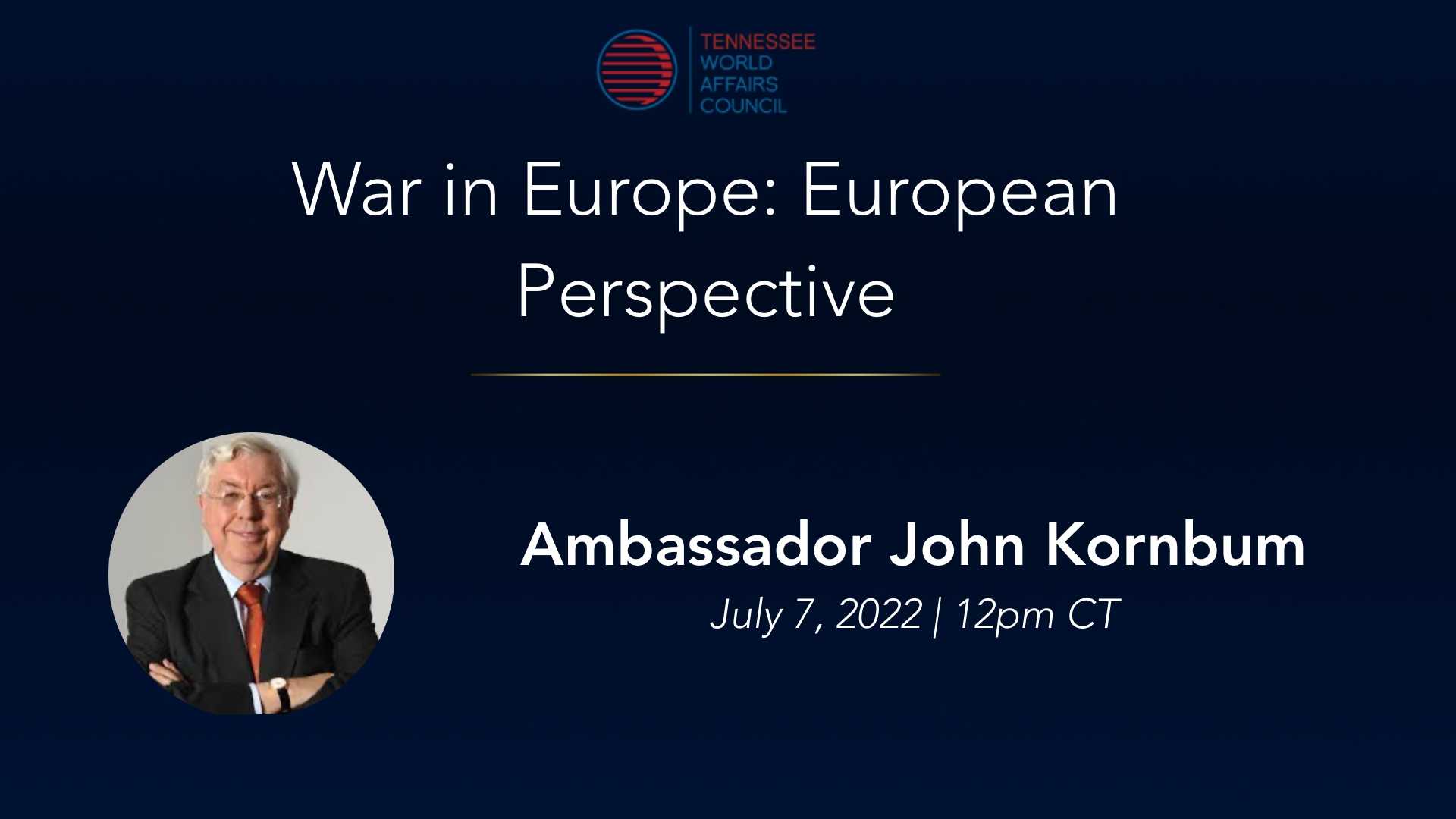 Is This The New Normal?

Participation in this series is free to dues-paying members of the Tennessee World Affairs Council and the American Council on Germany. For your registration link send an email to pat@tnwac.org

In Focus: Russia’s Invasion of Ukraine || Is This The New Normal?

The West has shown unity and commitment to Ukraine that would not have been forecast a year ago. The post-Cold War institutions are proving resilient and Putin’s desire to divide the democratic Allies has paradoxically proven to have bolstered NATO and EU and the international community resolve. Sanctions on top of sanctions have surpassed anything seen by any other country as the global economy severs ties to the country. The Russian economy is in a nose-dive. NATO has rejected calls for a “no-fly zone” as tantamount to a direct NATO-Russia war, but piles of sophisticated Western munitions and fighters from around the world are flowing into the battle. Ukrainian resolve is steeled daily by a modern-day Churchill in a Kyiv bunker who said to Putin, “I am not afraid,” said Zelensky, and appearing on TV from his office, “Come and get me.”

So, how does this end. There does not appear to be an off-ramp for Putin, who was characterized by one pundit as having ten forward gears and no reverse gear. Indeed, CIA Director Bill Burns told Congress, “Putin is angry and frustrated right now.” He added, “The challenge he faces … he has no sustainable political endgame in the face of what is going to continue to be fierce resistance from the Ukrainians … He’s likely to double down and try to grind down the Ukrainian military with no regard for civilian casualties.”

To aid our understanding of this war that has reached Europe and is transforming the international system and the fate of nations, the Tennessee World Affairs Council and the American Council on Germany have been fortunate to enlist the authority of Ambassador John C. Kornblum for several programs: conversations about the looming war, the reaction of Germany, and the opening days of the unfolding conflict. [Videos here]  He is an eminent American diplomat and businessman, having served the United States: as Ambassador to Germany and to the OSCE, as Assistant Secretary of State for European Affairs, and numerous other posts in NATO and Europe.

Join the Tennessee World Affairs Council and the American Council on Germany for a discussion with Ambassador John Kornblum, former U.S. Ambassador to Germany about the latest developments of the conflict in Europe and put it in perspective by discussing the lasting consequences.