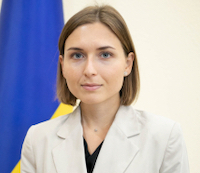 In Focus: Russia’s Invasion of Ukraine || A Ukrainian Perspective

The West has shown unity and commitment to Ukraine that would not have been forecast a year ago. The post-Cold War institutions are proving resilient and Putin’s desire to divide the democratic Allies has paradoxically bolstered the unity and resolve within NATO, the European Union, and the international community writ large. Increasingly severe rounds of sanctions have surpassed anything seen by any other country as the global economy severs ties to the country. The Russian economy is in a nose-dive and its military seems to be running out of munitions.

What’s at stake in Ukraine? How will things continue to unfold? How does this end? These are a few of the many questions being asked since this phase of the war started in February. Building on an ad hoc series of virtual events since mid-February, the Tennessee World Affairs Council and the American Council on Germany are launching In Focus: Russia’s War in Ukraine to provide continued updates on and insights into the unprovoked Russian invasion of Ukraine that has rocked the world order. Featuring conversations with U.S. and European experts, this series explores the unfolding conflict on the ground, the geo-strategic implications, and the perspectives from the United States, Europe, Russia and Ukraine.

Speakers will include: Ambassador John Kornblum, former U.S. top diplomat in Berlin and Assistant Secretary of State for European Affairs; Ms. Anna Novosad, former Ukraine Minister of Education and Member of Parliament; Dr. Thomas Schwartz, distinguished Professor of History at Vanderbilt University and expert on U.S. foreign policy; and economist Dr. Marieta Velikova, a native of Siberia and Director of the Center for International Business at Belmont University; among others.

Join us this summer for the TNWAC/ACG joint series to stay abreast of this historic conflict and the perspectives from all sides of the crisis.

This program is presented in association with the Belmont University Center for International Business, the Nashville Area Chamber of Commerce, the Peoria Area World Affairs Council; the International Relations Council, Kansas City, the World Affairs Council of Harrisburg and the University of Tennessee, Center for Global Engagement. Additional program sponsors and partners are invited to contact pat@tnwac.org