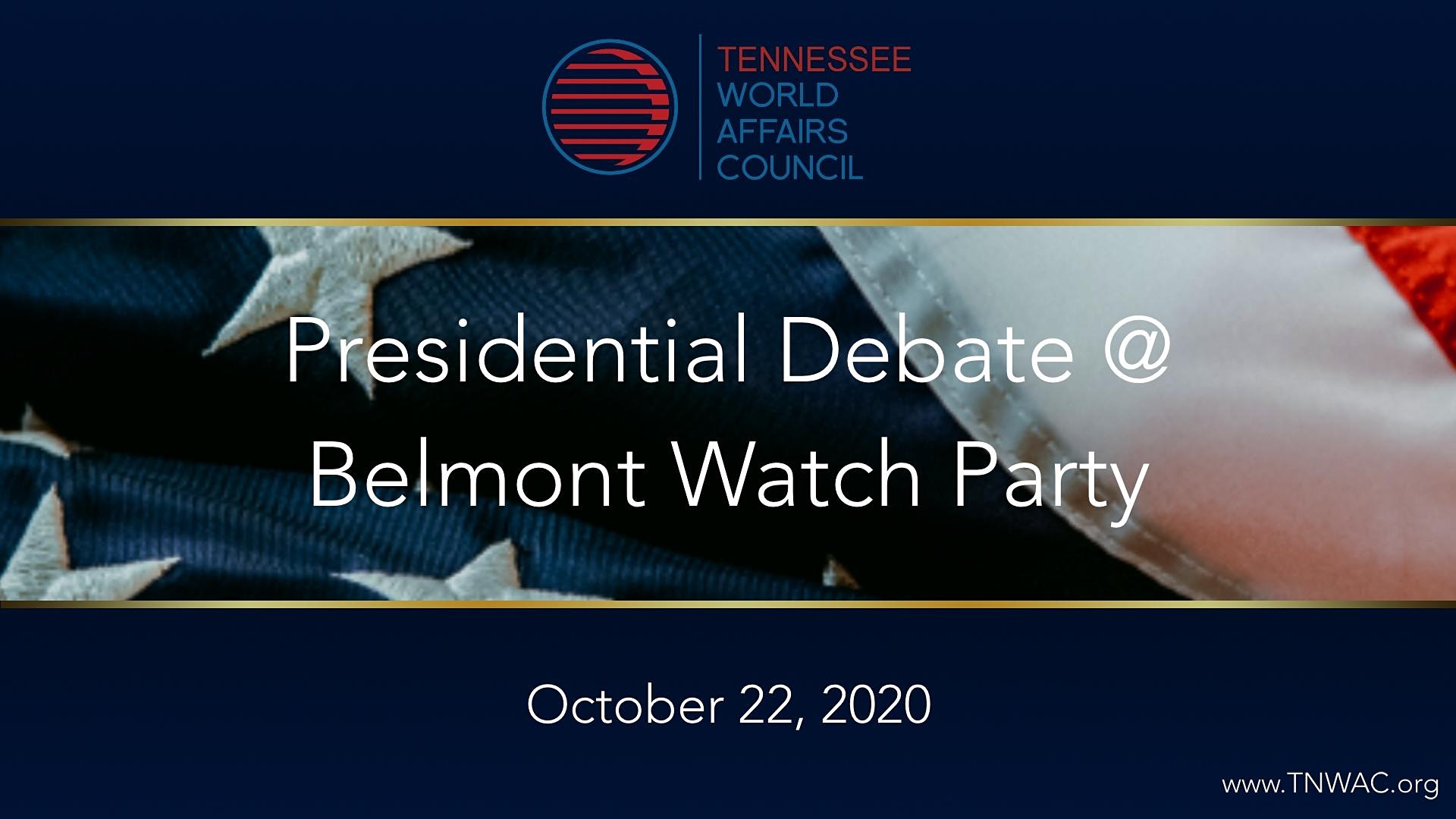 Attention: Due to the popular demand for spots at our Debate Watch Party we were about to exceed our Zoom meeting capacity. We’ve added extra space to accommodate everyone who wants to join us for this special evening.
So, when you sign up for a spot please consider the option of registering with a donation to the TNWAC.
What we do for you is not free to us. We try to make a lot of what we do free to you but in reality we need your help to pay the bills.
May we suggest a gift of $20.00 at registration. Or better yet, visit TNWAC.org/donate and contribute $5.00 a month.
We appreciate you helping us pay for the seat you’re filling.

Join us on October 22nd before, during and after the last
Trump-Biden debate at Belmont University via Zoom meeting. 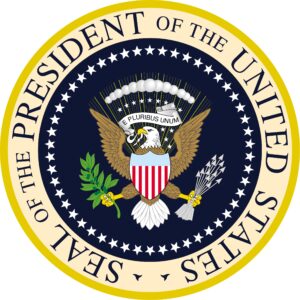 Join the conversation with specialists on campaign operations, polling, media, global affairs and other relevant fields.
Our panel includes: 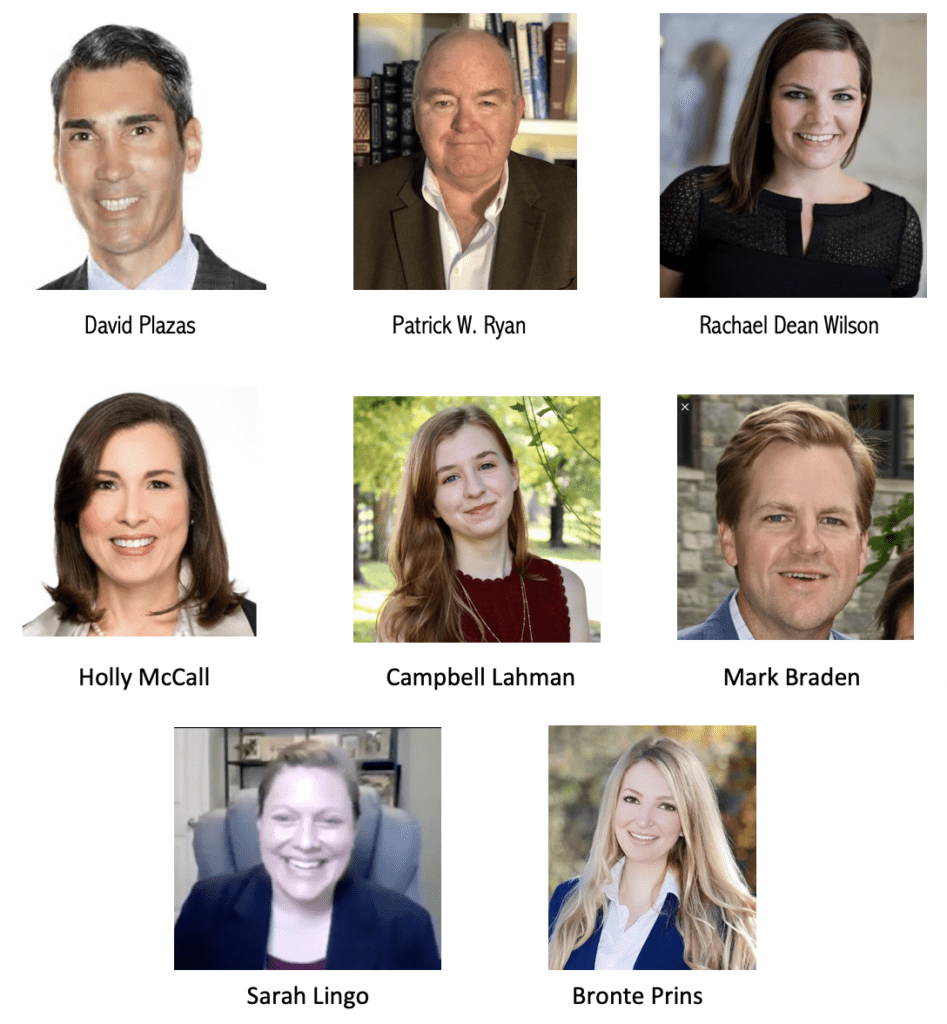 We will host the televised debate inside our Zoom meeting so you can watch and actively share feedback with your the group.  Our guest speakers will contribute to the “chat room” conversation.
Debate Topics: 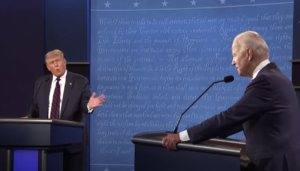 We will provide Debate Bingo cards to participants to make watching the debate more interesting.

DebateWatch2020 Discussion Questions – Conversation led by our panel and your participation 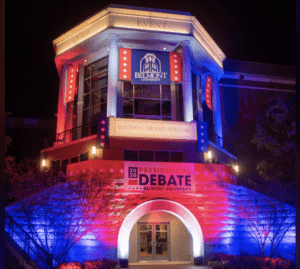 David Plazas is the Opinion and Engagement Director for the USA TODAY Network newsrooms in Tennessee and The Tennessean where he serves an editorial writer, opinion columnist, op-ed editor and an editorial board member. He has written award-winning columns on affordable housing, government accountability and civic engagement. He leads the acclaimed Civility Tennessee campaign.

Mark Braden – Nashville-based Senior Vice President with Mercury Public Affairs, an international bipartisan public strategy firm. Braden leads the States Practice at Mercury, overseeing and managing public affairs campaigns from Alaska to Alabama to Albany and all points in between. Braden was the Campaign Manager for Senator Alexander’s 2014 re-election and Senator Bob Corker’s 2012 re-election. In 2008, Braden served as the on-the-ground debate lead for Senator John McCain’s presidential campaign for all three presidential debates, including the debate at Belmont.

Campbell Lahman is a high school senior who dual enrolls at Columbia State Community College. She became involved in the Tennessee World Affairs Council through the Academic WorldQuest Competition. Campbell is interested in working in the foreign affairs field in the future.

Sarah Lingo has worked in Nashville and Tennessee politics for the majority of her career including with former Tennessee Governor Phil Bredesen in his Administration working for the Tennessee Department of Mental Health and on his 2018 bid for U.S. Senate, and former Nashville Mayor David Briley. She completed a two-year service in the United States Peace Corps, having served in Thailand from 2012-2014, and was the head of Corporate Sponsorships at Nashville Zoo for three years before joining Sister Cities of Nashville. Originally from Ohio, Lingo moved to Nashville in 2004 and it has been her home since.including U.S. banks. An article she authored, entitled “Real Deposit Insurance Coverage at U.S. Banks,” has been accepted for publication in the Journal of Business and Leadership: Research, Practice, and Teaching.

Holly McCall is a fixture in Tennessee media and politics, with decades of experience. She began her journalism career covering City Hall with Suburban News Publications in Columbus, Ohio, and wrote for the Joplin Globe in Missouri and the Nashville Business Journal. She has served as political analyst for WZTV Fox 17 and provided communications consulting for political campaigns at all levels, from city council to presidential.

Bronte Prins is in-house counsel and head of the legal department of Southern Land Company, a national real estate development and construction company headquartered in Nashville. She joined the Board of Directors of TNWAC in 2019 and co-founded its young professionals group, YP Global. Bronte is a graduate of the University of Southern California and Fordham University School of Law.

Rachael Dean Wilson is the head of external affairs at the Alliance for Securing Democracy. Rachael honed her strategic communication skills while serving in senior roles on Capitol Hill and political campaigns, as well as working in corporate communications and PR consulting. Most recently, Rachael served as communications director to Senator Jon Kyl and prior to that, she was a regional PR Director at Whole Foods Market where she managed strategic, crisis and consumer communications for the company’s Mid-Atlantic and South regions. Rachael worked for the late Senator John McCain for six years, most recently serving as his Senate communications director and as an adviser to his reelection campaign in 2016. From 2014 to 2015, Rachael was the vice president of public relations at a boutique communications firm, where she built and managed the PR team, worked with a broad range of clients and developed new business. From 2010 to 2014, she worked as Senator McCain’s press secretary in the Senate. She began her career as a press assistant on McCain’s 2008 presidential campaign. Rachael received a bachelor’s degree in communications and public service from the University of Pennsylvania.

The mission of the nonprofit, nonpartisan Tennessee World Affairs Council is to promote international awareness, understanding and connections to enhance the region’s global stature and to prepare Tennesseans to thrive in our increasingly complex and connected world.

A well-informed community that thinks critically about the world and the impact of global events.