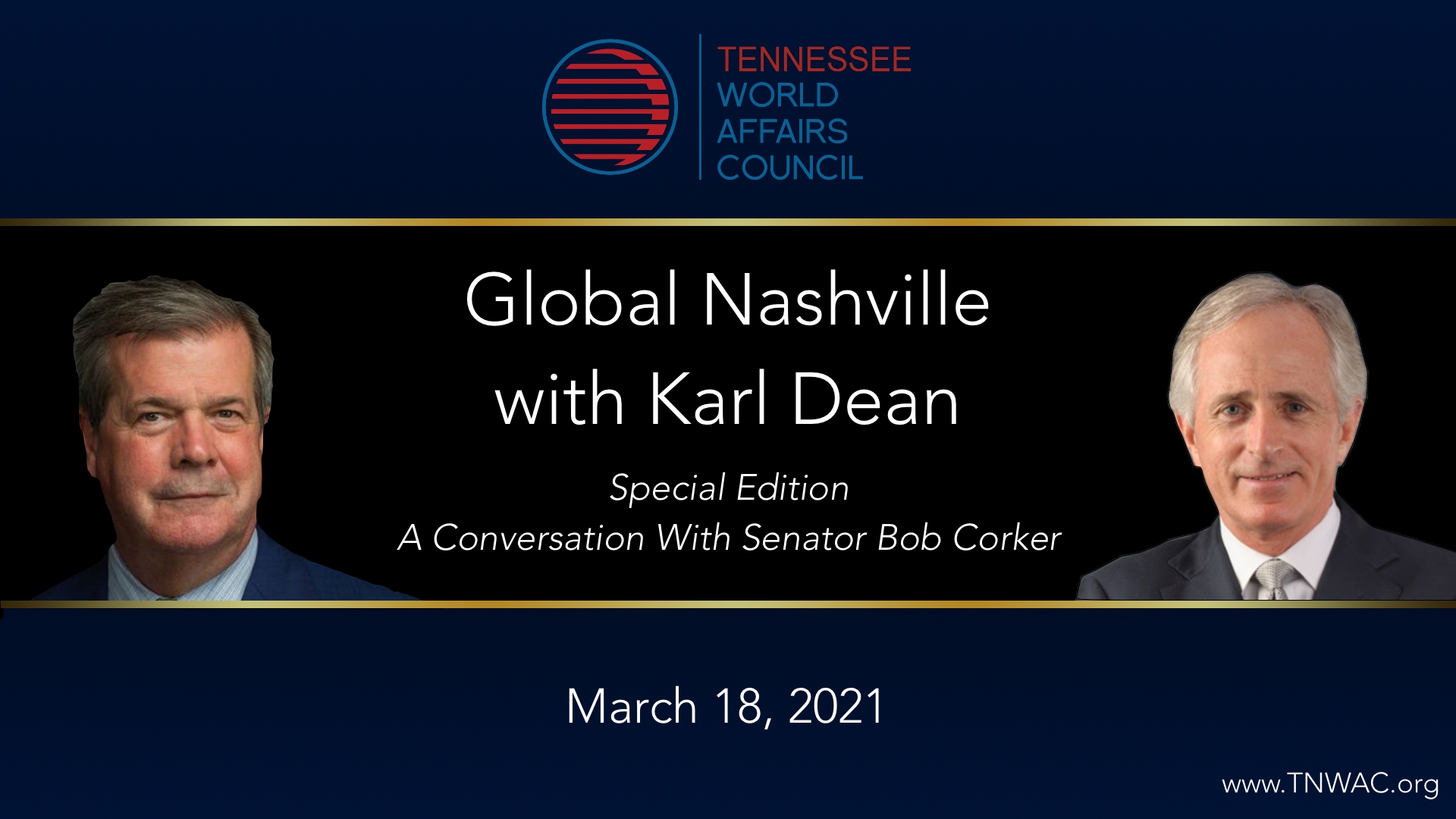 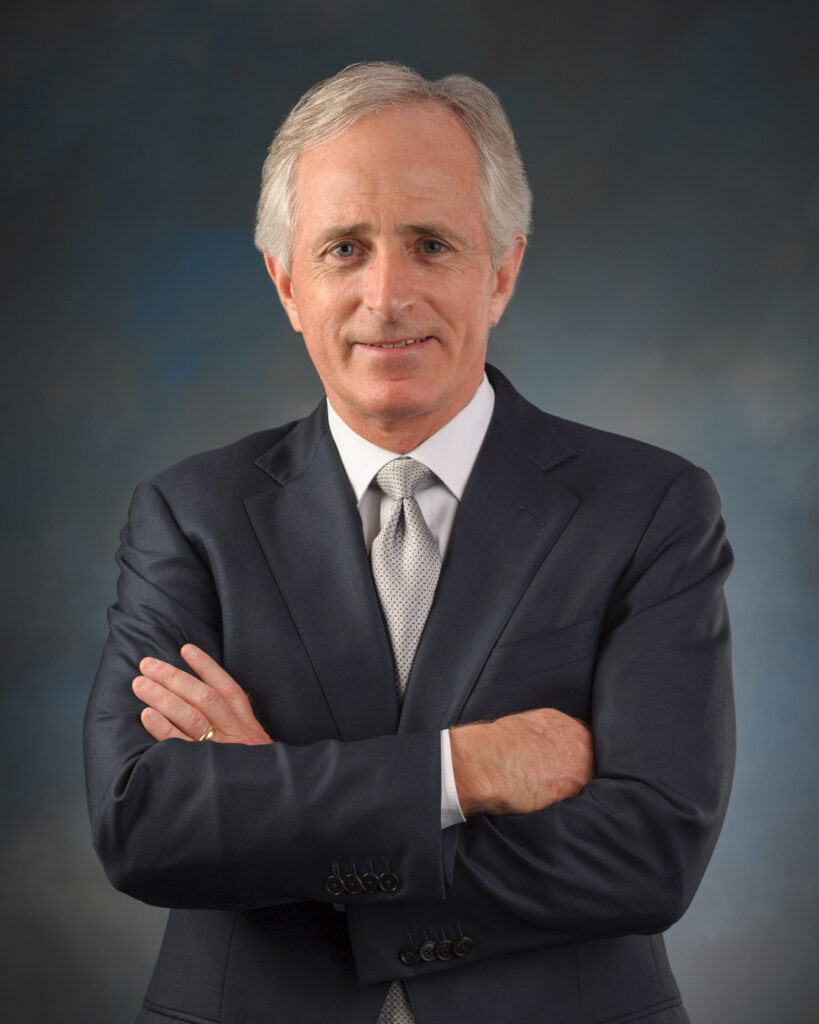 Join us for this important conversation with Senator Bob Corker who served in the Senate from 2009 to 20017. Corker served on the Foreign Relations Committee where he was Chairman from 2015-2019.

The Tennessee World Affairs Council is proud to present one of Tennessee’s and the country’s most knowledgeable individuals on world affairs and the challenges the United States faces in the world.

In his work to restore the committee’s functionality as a driving force for U.S. foreign policy and an effective check on the executive branch, Corker led a number of successful initiatives.

Bob Corker is a successful businessman, former United States Senator, and was previously named one of the 100 most influential people in the world by TIME Magazine. Corker represented Tennesseans in the Senate from 2007-2018, where he served as chairman of the Senate Foreign Relations Committee and became a national and global thought leader on fiscal, financial, and foreign policy issues. He was Tennessee’s commissioner of finance and mayor of Chattanooga before being elected to the Senate, but he spent most of his life in business. At the age of 25, Corker started his own construction company with $8,000 in savings, eventually expanding operations to 18 states across the country. He later purchased two of the largest and oldest real estate holding companies in Chattanooga. He and his wife, Elizabeth, call Chattanooga home. 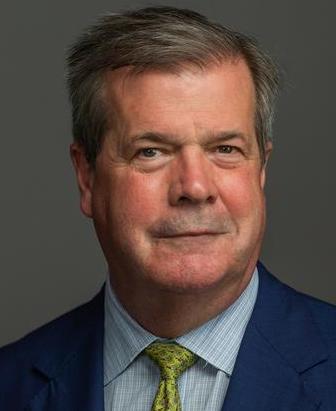