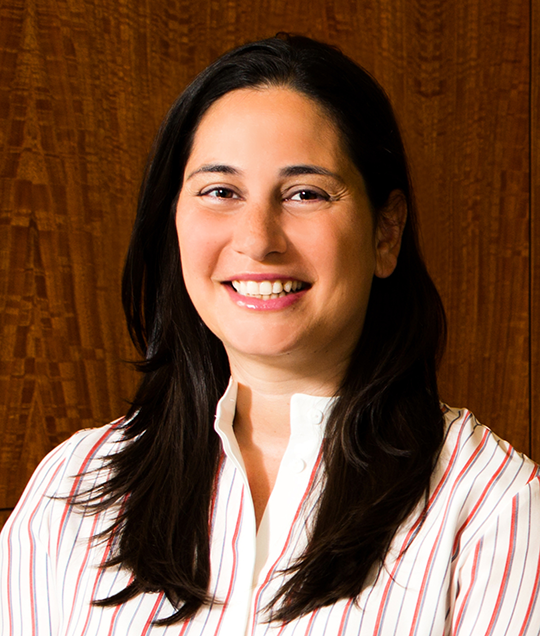 Samar S. Ali’s research initiatives focus on positive compromise through promoting conflict-resolution best practices among people, communities and nations experiencing polarization due to the connection between violence and labeling. Ali joined Vanderbilt’s political sciences and law faculties as a research professor with 14 years of experience in international relations and legal practice. She began her legal career as a law clerk to Judge Gilbert S. Merritt Jr. ’60 of the 6th Circuit Court of Appeals and then clerked for Justice Edwin Cameron during his tenure on the Constitutional Court of South Africa. In 2007, she joined Hogan Lovell US in Washington D.C., helping to establish the firm’s Middle Eastern practice in the United Arab Emirates. She left the firm in 2010 when she was named a White House Fellow in President Barack Obama’s administration. During her fellowship, she worked closely with U.S. Homeland Security Secretary Janet Napolitano on counterterrorism measures, gaining experience with bilateral negotiations on behalf of the U.S. government and later joined former President Jimmy Carter as part of an international delegation observing Egypt’s 2012 presidential election.

In addition to her legal practice at Bass Berry & Sims, Ali co-founded and has served as a director of the Lodestone Advisory Group, a boutique consulting firm that specializes in growth strategies through innovation, venture capital, global markets and transformation. She is also president and CEO of Millions of Conversations, a nonprofit organization that aims to unite Americans around common values for a shared future by fostering dialogue among those who hold different opinions, views or beliefs.

Specializing at the intersection of national security, economic development and human rights, Ali is a Young Global Leader with the World Economic Forum, a term member with the Council on Foreign Relations, a Winrock International board member, and a recipient of the White House Fellows IMPACT Award. She currently serves as an adviser to the Aspen Institute’s initiative, “Who Is Us: A Project on American Identity,” and was recently appointed as a New Pluralist Fellow.

Her work has been featured in The New York Times, The Wall Street Journal, The Tennessean and other publications and venues.