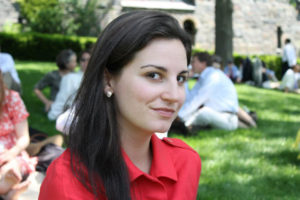 Nashville, TN (April 18, 2019) – The Tennessee World Affairs Council named its flagship education program in honor of Anne Smedinghoff, an American diplomat who was killed in Afghanistan in 2013. In a ceremony that preceded Monday evening’s global affairs town hall Council president Patrick Ryan read a citation commemorating Smedinghoff’s service and sacrifice, “The Tennessee World Affairs Council proudly names the Tennessee Academic WorldQuest program in honor of Anne Smedinghoff to inspire the next generation of students to seek to understand global affairs and to work to make the world a better place.”

Anne Smedinghoff was in her second Foreign Service assignment as a public diplomacy officer at the U.S. Embassy in Kabul, Afghanistan when she was in the field with a team delivering books to a school in Qalat, Zabul Province on April 6, 2013. She and four others were killed when a car bomb exploded in an act addressed at the time by then Secretary of State John Kerry, “There are no words for anybody to describe the extraordinary harsh contradiction of a young 25-year-old woman with all of the future ahead of her, believing in the possibilities of diplomacy, of changing people’s lives, of making a difference, having an impact, who was taking knowledge in books to deliver them to a school. And someone somehow persuaded that taking her — his life was a wiser course and somehow constructive, drives into their vehicle and we lose five lives.” Smedinghoff had been coordinator for Kerry’s visit to Kabul two weeks earlier. 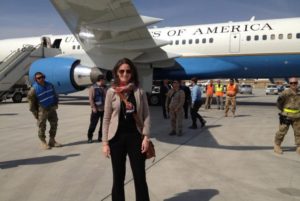 In choosing Smedinghoff as namesake for the World Affairs Council’s main education outreach program for youth Ryan said, “We honor all American diplomats and their incredible families who have served and sacrificed for our country. The legacy of Anne Smedinghoff is particularly emblematic of the finest among us who protect and advance the country’s interests and values abroad.” He added, “It was especially moving to read Anne’s words, recounted by her parents on a tribute Web site, AnneSmedinghoff.com, ‘I take seriously the word ‘service’ in our job title, and want to be sent where I am needed most, where my work has the potential to do the most good.’ The words were drawn from her application to be an American diplomat, “A post in Kabul will require great sacrifice, but this is the reason I joined the Foreign Service – to serve my country in the best way I can.’”

On the Web site Thomas and Mary Beth Smedinghoff marked the anniversary of Anne’s loss last year and said, “The spirit of service that motivated Anne is critical to the future of our country and the world. By working to advance the cause of diplomacy, and to help the people of Afghanistan, Anne has given breath to the ideal expressed by the words of the song: ‘Let there be peace on Earth, and let it begin with me.’ It is our hope that Anne’s spirit will live on in the work that U.S. diplomats continue to do around the world.” 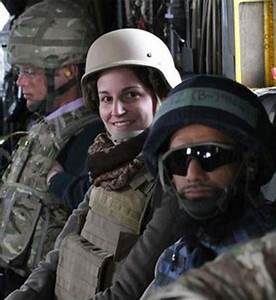 Ambassador Charles Bowers, Foreign Service (Retired), was a panelist at the Town Hall event where Smedinghoff was honored. The career diplomat and World Affairs Council Board Member said, “I like to think of the U.S. Foreign Service as our first line of defense. It is only when diplomacy breaks down that we need our military and when they finish their job, we Foreign Service Officers are back in working to restore civil governance and rebuild from the destruction of war. We FSO’s are world-wide available, going anywhere we are needed and often serving in dangerous, unhealthful and difficult places, and some of us, tragically, pay the ultimate price as did Anne Smedinghoff. Her name is one of the last to be added to the plaques in the State Department that list the names of some 250 Americans who have lost their lives abroad under heroic or other inspirational circumstances while serving our country abroad in foreign affairs.” He noted that Foreign Service Day will be observed May 2, 2019.

Anne Smedinghoff was raised in the Chicago suburb of River Forest, Illinois. She attended Johns Hopkins University, as an international studies major who organized the JHU Foreign Affairs Symposium in 2008. Upon graduation she demonstrated her passion for service by riding a bicycle from Baltimore to San Francisco to raise money for a fight cancer campaign. Thomas Smedinghoff told Ryan by phone prior to the naming ceremony that Anne would have been “all over” a program like WorldQuest, noting her appetite for global affairs. 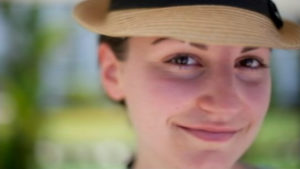 The newly named “Anne Smedinghoff Tennessee Academic WorldQuest Challenge” is a global affairs awareness program for high school students that focuses on ten high interest topics in international developments. Four-student teams prepare, practice and compete in a World Affairs Council championship match. The winning team advances to a national competition among most of the 90 plus world affairs councils in Washington, D.C. The Tennessee World Affairs Council escorts the team and teacher for meetings at embassies, think tanks, Capitol Hill and other global affairs destinations during their Washington visit.

The Tennessee World Affairs Council is a nonprofit, nonpartisan educational association that promotes international awareness, understanding and connections to enhance the region’s global stature and to prepare Tennesseans to thrive in our increasingly complex and connected world. To join, make a gift or for more information visit www.TNWAC.org or call: (615)460-6011 or email: patryan@tnwac.org