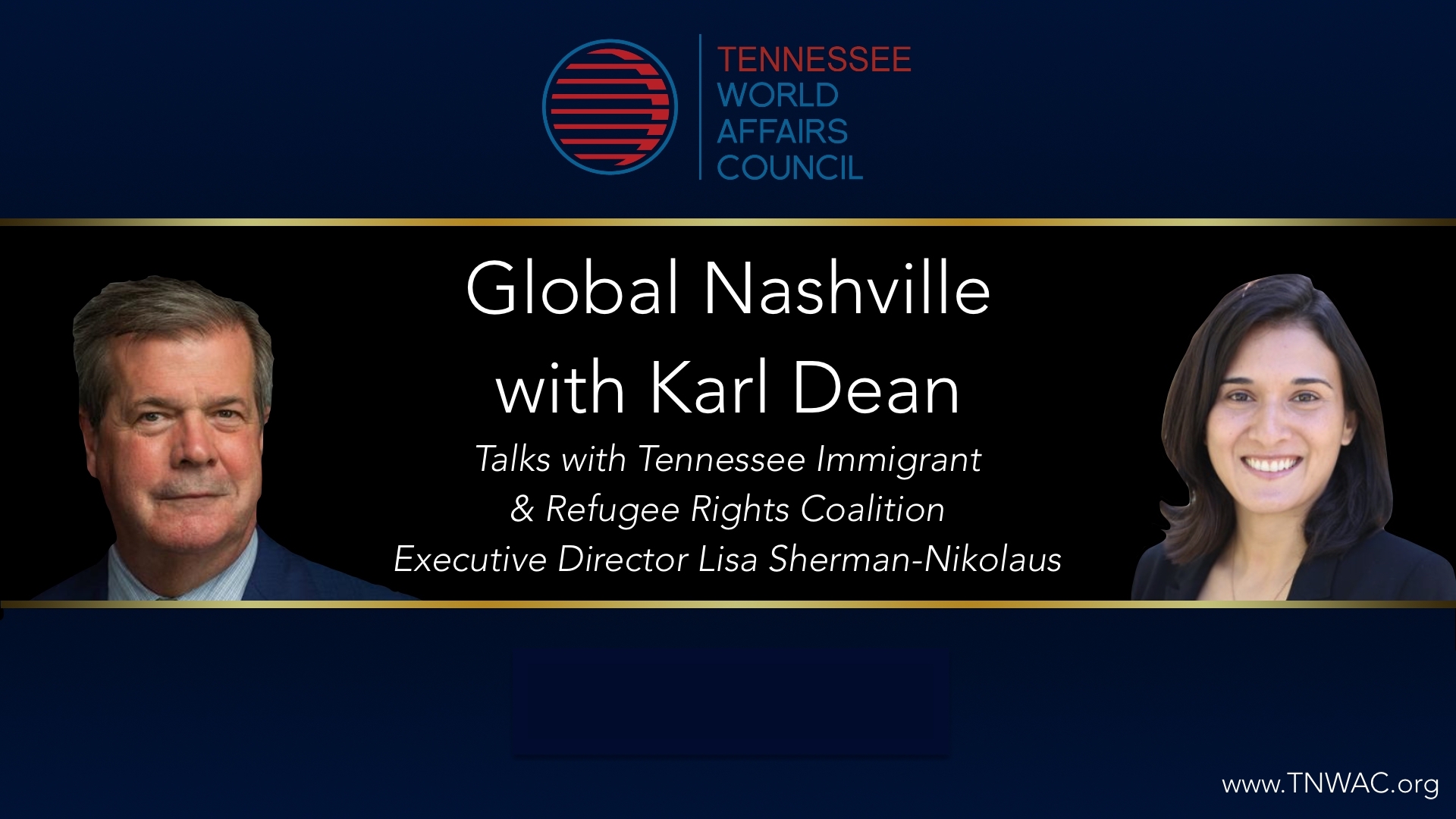 A Conversation with Lisa Sherman Nikolas

On February 4th President Joe Biden signed an Executive Order reversing the decline in U.S. refugee admissions. The 15,000 ceiling approved by President Trump for this fiscal year was the lowest number of refugees permitted since the modern program began in 1980. Biden’s order boosts the cap to 125,000 for the fiscal year beginning October 1, 2020. President Biden also called for talks with  Congress “about making a down payment on that commitment as soon as possible,” suggesting action to increase the current fiscal year ceiling of 15,000.

What does this change mean for the reception of refugees in Tennessee? Join us for a conversation about these developments.

Who is a refugee? According to the National Immigration Forum: “A person outside the U.S. seeking refuge. The U.S., based on international law, defines “refugee” as a person outside the country of his or her nationality, who is unable or unwilling to return to that country because of persecution or a well-founded fear of persecution based on his or her race, religion, nationality, membership in a particular social group, or political opinion. The legal basis for humanitarian admissions of refugees and asylum seekers to the United States began with the Refugee Act of 1980…”

Lisa Sherman-Nikolas is a Guatemalan-American whose family made the difficult decision to leave Guatemala and relocate to Nashville in 2001, Lisa has a deep commitment to fighting for an immigration system where all people can access safety, opportunity, and belonging. She joined in October 2015 and served as Policy Director for nearly five years before stepping into the role of Executive Director.

As Policy Director Lisa developed a track record of success in winning policy victories through research and analysis, strategic communications, lobbying, and working with colleagues across programs to mobilize our base and develop community leaders to lead our campaigns. Victories under her leadership include defeating dozens of pieces of anti-immigrant legislation at the state legislature, convincing Governor Lee to consent to continue to welcome refugees, and pressuring the Davidson County Sheriff to terminate a rent-a-bed agreement with immigration and customs enforcement. Over the years, she’s built respect and trust with partners, lobbyists, and elected officials across political aisles.

Prior to joining the TIRRC team, she worked in the international human rights field in New York, London, and Senegal. Lisa holds a Master’s degree in Conflict, Security, and Development from the Department of War Studies at King’s College London and is fluent in Spanish and English.

Isaac James was born in Ifo refugee camp in Kenya, Isaac is passionate about creating opportunities to strengthen migrants’ and refugees’ integration in their host communities. He currently serves as an Education and Care Coordinator for Refugee Empowerment Program in Memphis, TN, developing an entrepreneurship program for young immigrants. In addition to this role, Isaac serves as a Benjamin A. Gilman Alumni Ambassador, informing and helping students apply for scholarship opportunities to study abroad.

Louisa Saratora is State Refugee Coordinator, Tennessee Office for Refugees. She has worked with refugees in Tennessee for nearly 25 years in direct service, program development and coordination, and grant management and oversight. She currently serves as the State Refugee Coordinator with the Tennessee Office for Refugees, a department of Catholic Charities of Tennessee responsible for the administration of Tennessee’s refugee program. Louisa holds a Master’s degree in Intercultural Studies from Union University in Jackson, Tennessee and an undergraduate degree in English and Spanish from Fordham University in New York.