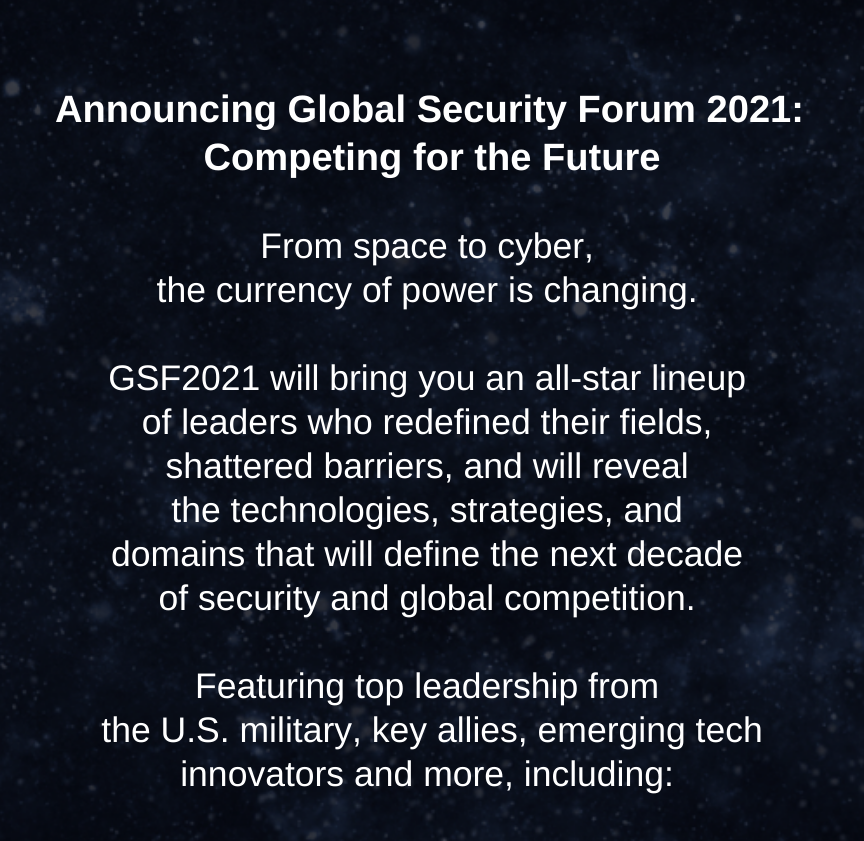 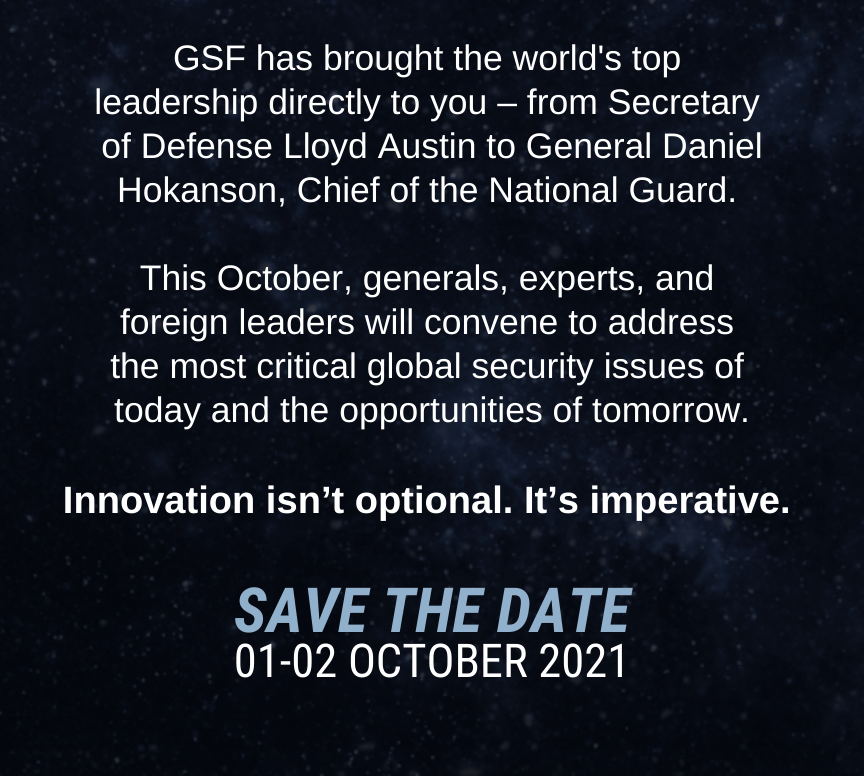 From space to cyber, the currency of power is changing.

GSF2021 will bring you an all-star lineup of leaders who redefined their fields, shattered barriers, and will reveal the technologies, strategies, and domains that will define the next decade of security and global competition.

Featuring top leadership from the U.S. military, key allies, emerging tech innovators and more, including: The first woman to become a four-star admiral in the U.S. Navy; former Commander of U.S. Pacific Command and Ambassador to South Korea; Advisor to the National Security Agency on Emerging Technologies; former U.S. Defense Attaché to China; the first female officer in U.S. history to command a major Unified Combatant Command, and more.

GSF has brought the world’s top leadership directly to you – from Secretary of Defense Lloyd Austin to General Daniel Hokanson, Chief of the National Guard. This October, generals, experts, and foreign leaders will convene to address the most critical global security issues of today and the opportunities of tomorrow.